Why Leaders Don’t Delegate (and How to Do It More) 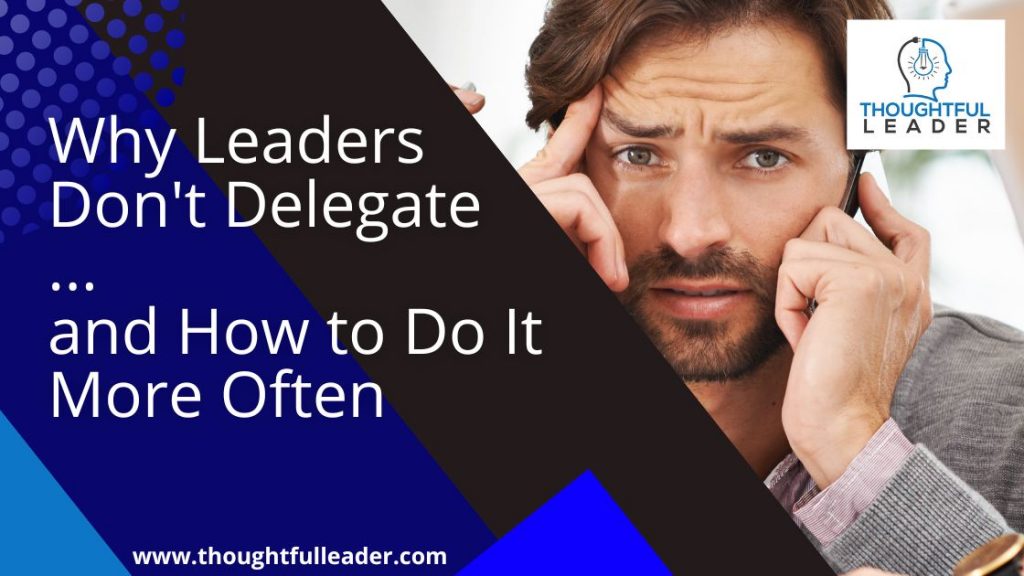 Delegation is a well-regarded leadership skill, and many leaders know they should be doing it more. I often ask my training attendees why leaders don’t delegate more, and what stops them personally from doing it.

However, delegation without proper consideration is bound to end in failure. We need to be more thoughtful about how we delegate, instead of just trying to do it more often.

So in this post, I’m going to look at some common reasons why leaders don’t delegate, and some potential solutions to this problem.

What Is Delegation Really?

Some people think delegation is about giving your tasks to somebody else.

This is partly true, but delegation is not task allocation.

Delegation is about providing some of your accountability to somebody else to complete the work. In other words, you give them a degree of autonomy to make decisions about how to do it, rather than just telling them exactly what to do.

If you’re telling people exactly what to do and how, then you’re not delegating. You’re simply allocating tasks. 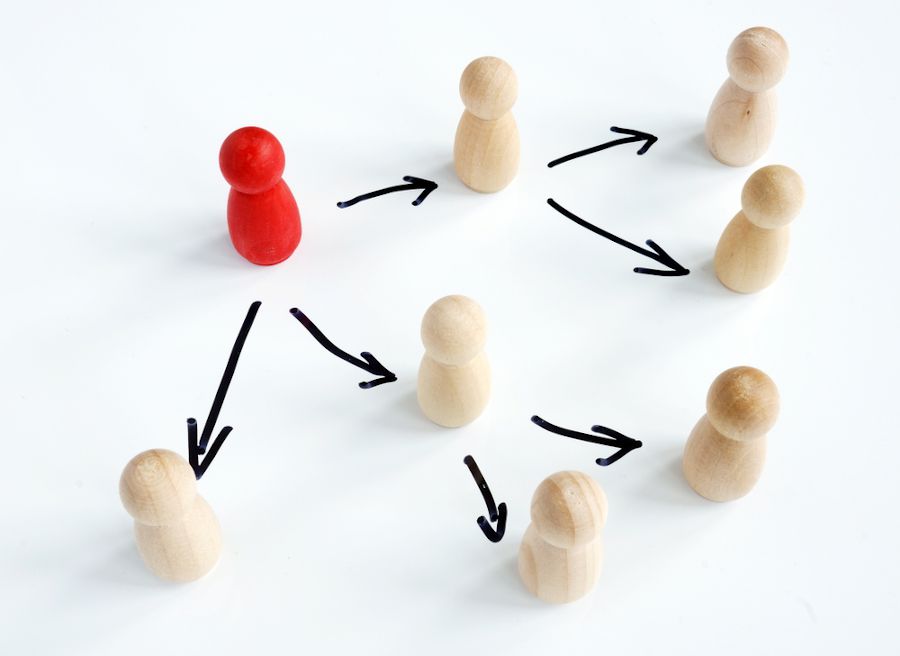 You can delegate a specific piece of work, or a project, or even a function of your team. To do it effectively, you’ve got to be able to step back and let other people have some freedom to take it on and make it their own.

When you do this, people can rise to the challenge, take ownership and start stepping up.

This is why delegation is so powerful. It gives your team members opportunities to grow and improve, which can be highly motivating and provides a sense of purpose.

Delegation Doesn’t Need to Be Completely “Hands Off”

It’s easy to feel uncomfortable when you delegate, because it can feel as if you’re giving up control.

However, you don’t need to just let someone run off without support. There are levels of delegation, which might range from:

“Please go and look into this for me and provide a recommendation. Then I’ll decide the next step.”

To the more hands-off approach of:

“Take on this initiative and let me know how you go.”

One of the reason why leaders don’t delegate is this discomfort of letting go. But you can gradually provide more autonomy and decision-making authority over time, to ease you and your team members into it.

Another aspect to consider is putting in place what I like to call “guard rails”. For example, you might say to your team member:

“Let’s meet each morning for 5 minutes to check in with your progress and you can ask any questions.”

Once again, you’re not telling them to run off by themselves, you’re including check-ins and support into the delegation process.

Learn More:  How Letting Go Will Help You Take Control.

Over my time coaching and training, I’ve come across a bunch of reasons why leaders don’t delegate.

Here are the most common reasons I’ve heard:

As you can see, there are many reasons why leaders don’t delegate.

Delegation is a critical leadership skill though, and a great way to improve and motivate your team. So we can’t let these reasons stop us!

Learn More:  Thoughtful Leader Podcast #18: How to Delegate to Improve Your Team.

How Leaders Can Start to Delegate More Often

It’s important that you can delegate to improve your team, provide development opportunities and to help you manage your own busy workload.

So now, let’s look at some ways you could try to delegate more often.

1. Examine the Frequency of the Work

If you fall into the trap of taking on work because nobody else knows how to do it, then you have a potential problem. You are in danger of becoming a “single point of failure” in your team. 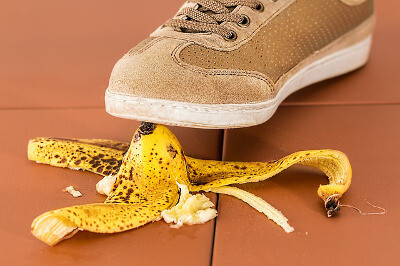 This means that if something were to happen to you, such as being off sick, or even being on holiday, nobody else would know what to do. This is a big risk to the team, and a big risk for you being able to take time off!

The key to knowing when to take action on this is the frequency of the work.

If this is a one-off situation, where something unexpected occurs which leads you to do the work, it may not be a big issue. You can step in and complete the work this time.

The problem occurs when a leader continues to take on the work frequently, because nobody else can do it.

For frequent (not once-off) initiatives, this is an opportunity to invest the time in having someone else learn how to do the work. It might take more of your time now, but later on you’ll have built capability in your team, and you can delegate the work instead.

In short, we need to ditch the “It’s quicker if I do it” mentality, and think for the longer-term.

Thoughtful leaders are often introspective. This is good, so let’s use it to our advantage right here.

If you believe your team isn’t up to the task, it could be true. But it could also be that this belief stems from your past experience, your own insecurities or that you simply like doing the work yourself.

If you try to delegate without monitoring your own beliefs about your team members, you may come unstuck because of the self-fulfilling prophecy.

How a Self-Fulfilling Prophecy Works

But the reality is, your belief started this whole process in the first place, and it has caused a self-fulfilling prophecy.

The take away here is that if you want to delegate effectively, you need to check your beliefs and behaviour. If you have doubts about the capability of your people, then start with lower-level delegation and work up from there.

Observe your behaviour so that even if you feel a little doubt, you resist the temptation to show it openly to your team. Otherwise this can cause the problem outlined above.

For more on the self-fulfilling prophecy, you can check out the post below.

Learn More:  How a Self Fulfilling Prophecy Will Make or Break Your Team.

3. Be Clear About the Priorities

If you don’t have a clear understanding of the priorities for your team, it’s harder to delegate. Team members may refuse to accept your delegated tasks because they have their own idea of the important priorities. 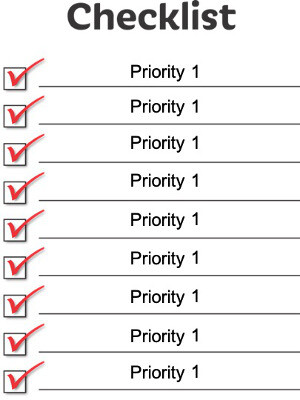 Ideally, you’ll set the priorities for your team, which flow down to each of the team members.

This means if they push back, you can compare what’s on their task list to the priorities of the team and discuss which items should be on top.

Some leaders feel stuck because their team members say they’re too busy to accept delegated work. However, if they are working on things that shouldn’t be taking priority, then your delegated task should be the focus instead.

If the priorities are clear and you’re still getting push back, then it’s likely to be a motivation issue. If the delegated task isn’t compelling or interesting or the team member doesn’t want to improve in that area, they may still refuse the task.

Getting clear on the priorities for your team enables you to set expectations more easily, and negotiate workloads when your people are hesitant to accept your delegation.

Learn More:  Thoughtful Leader Podcast #80: What to Do When You Have Too Many Priorities.

If you have a mindset that delegation is all about getting rid of your own workload, you could run into trouble.

Leaders with this mentality sometimes try to ditch many of their tasks to their team, so they can free up their time. While time management is a benefit of delegation, it shouldn’t be the primary focus.

If you’re seen to be mostly delegating boring, menial or unpleasant tasks to your team, you’ll get a reputation for being lazy or using your authority to avoid certain types of work.

You’ll also seem self-interested. Throwing your team the bad work so you can do the fun stuff. 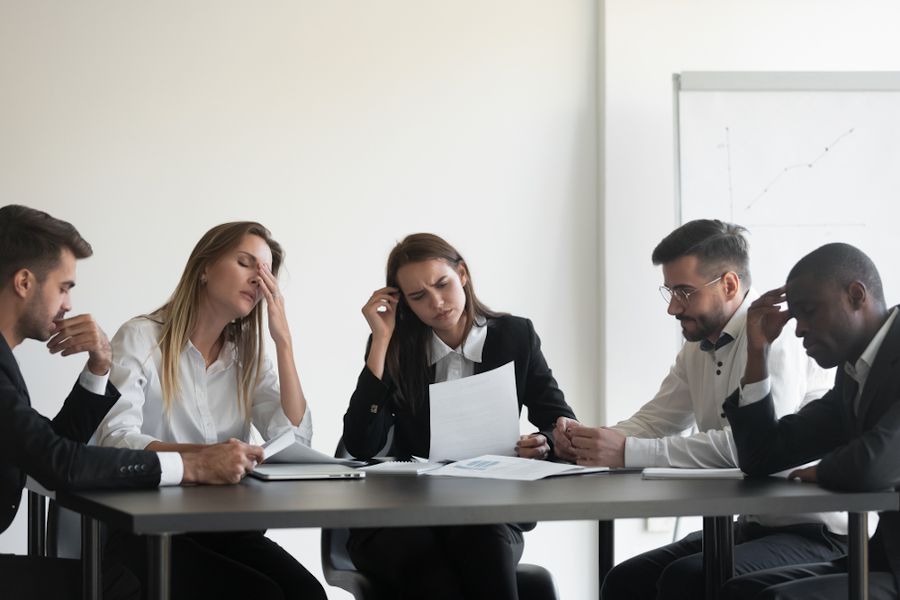 On the other hand, if you delegate work with a focus on up-skilling others and helping them develop, people are more likely to be interested in accepting it.

It can be useful to have a conversation about why you’re delegating, too. That way, you can inform your people of your intentions, and they can see the reasons behind your efforts to delegate more.

Learn More:  Too Important For That Task? Is It Good or Bad Leadership?

5. Reframe Your View of Your Role

When people go from being a “doer” to a leader, sometimes they lose motivation. They used to enjoy doing the work, but now they’re leading it.

This can lead to a temptation to hold onto the work, rather than to delegate it. If you really enjoy the doing instead of the leading, you’ll likely feel this tension.

You know you should be delegating more, but you’re compelled to keep some interesting work for yourself.

It’s important to be comfortable with the focus of your role.

Instead of doing, you’re leading. Your focus should really be supporting your team, helping them develop, setting the direction and removing obstacles.

4 components of leadership from the article: Balancing the Four Essential Leadership Components

Be sure to identify the parts of your role where you find value as a leader. Instead of mourning the loss of your “doing” work, try to look for the parts of the role that give you energy and happiness.

That’s not to say you can’t keep any of the doing work. I recently coached a leader who struggled with this challenge.

We worked out a solution where she would keep hold of a few key tasks so she could keep her skills and knowledge current in her industry and team.

You don’t need to let everything go. But you can’t keep it all either!

Learn More:  Moving From Doer to Leader: The Top Challenges.

Learn More:  Why is Leadership Important? Here’s a Reminder.

Let’s Get Thoughtful About Delegation

Hopefully some of these ideas can help you to delegate more, if you’re struggling to make it happen.

Leaders often feel bad about not delegating enough, but then seem unable to make the change for many of the reasons above.

Start small. Gradually expand your delegation so you and your team can get comfortable with it.

Eventually, your comfort zone will expand and you’ll be able to delegate more often.

What stops you from delegating more often? Let me and all the thoughtful leaders know in the comments!