When Should You Make Your Team Work Harder? 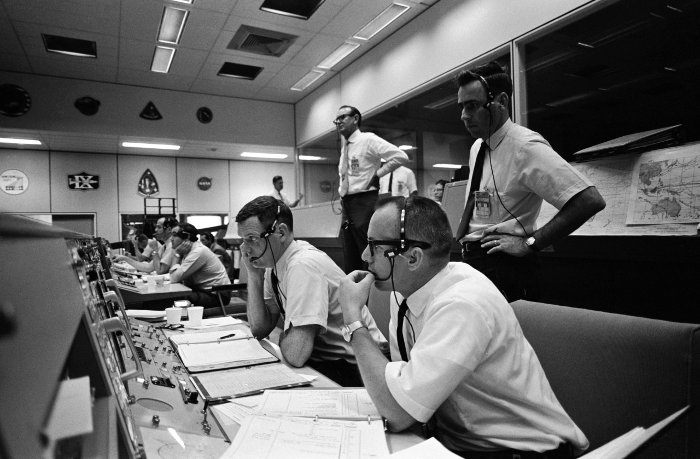 No you can’t go home, the rocket hasn’t left yet!

The deadline is fast approaching…it doesn’t look like you’re going to make it. Sometimes you need to make the call that your team needs to work extra hours to get the work finished.

Deciding how to make the decision whether to make your team work harder can be difficult.

If you always make your team work harder, they will burn out

If you are the type of leader who always chooses to make your team work harder to meet deadlines, the chances are that your team will eventually burn out. They will experience less job satisfaction, greater stress levels, start some unhealthy behaviours and if they aren’t getting any reward for the effort they’re putting in, they’ll eventually leave.

“Good riddance, they just couldn’t handle it”, you’ll say. Well, there are probably a few more resignations coming your way too!

If you never make your team work harder, they will become complacent

If you consistently let your team off the hook and fail to meet deadlines, the impression that you’re giving is that the deadlines aren’t really important. Your team will continue to leave at the end of every day, regardless of how things are going.

Your team will begin to realise that it doesn’t really matter if the work gets done or not. They can always do it tomorrow.

This is most likely to put the stress on you, the leader – as you attempt to explain why deadlines are continuously being missed. You become the one who takes all the impact.

As with most things, there is a balance to be struck – push your team too hard, they’ll burn out. Don’t push them enough, they learn not to respect deadlines.

So when should you decide to push your team?

Work your team harder when there is a real deadline

You need to be able to distinguish between real and arbitrary deadlines.

An example of a real deadline is:

The Treasury department says if we don’t get this request into this budget submission at the end of May, we will not be considered for funding this year

An example of an arbitrary deadline is:

Mr Client, we can have this delivered for you in about four weeks

In the second example, Mr Client is taking your suggestion as to what the deadline should be. In the first, there is a solid date set by an external party. If you tell Mr Client that it’s going to be five weeks instead of four, it is likely not going to upset anybody too much.

When you encounter a real deadline, such as a campaign with a fixed date, or a public event where you are selling tickets, then the likely impact of not delivering to that date is much more severe. This is the time when you should consider pushing your team to work harder to hit the mark.

Work your team harder when the stakeholder is being reasonable

When your major stakeholder walks in and says you need to have the 1,000 page report done by tomorrow when it was originally planned for months from now, this is probably a case of the stakeholder being unreasonable.

Leaders are what stands between stakeholders and an unreasonable workload.

Conversely, when your stakeholder has a track record of being reasonable and sensible, you should feel more compelled to hit the mark for them, because they generally wouldn’t try to screw you. If they are asking, then it must actually be important…a real deadline.

You should never try to work your team excessively hard for sustained periods. When there is a short-term deadline just over the horizon, it creates a sense of urgency that can be just the motivator the team needs, because:

a) they can see they only have a little time left; and

b) they know they only have to push for a little longer and they will be finished.

Sometimes you need your team to work harder for sustained periods. The best way to accomplish this is by creating intermediate deadlines and milestones, and rewarding your team for their effort.

The only reason that management consultants and investment bankers are able to be pushed so hard is because they are in it for the carrot. The promotion, the bonus, the pay rise, the prestige.

I worked in consulting for five years. Those consultants who no longer care about the carrot burn out and leave – fast. Personally, once I was promoted to the level of seniority I wanted, there was no longer any carrot that I cared about. I subsequently became much less motivated and less resilient.

The carrot is what keep people hanging in there. So if you aren’t able to provide a carrot, then you should opt for shorter, immediate milestones that increase the urgency for you and your team. Once you’ve achieved your milestone, let your team relax as much as you can. Give them some time off in lieu if possible. Reward them as best you can with the resources you have available.

Don’t start the next push straight away!

When you make your team work harder, let your stakeholders know about it

When your stakeholder is pushing you to work your team to the bone, you need to let them know that your team is working harder and more hours to get the job done for them. Some stakeholders will think “so what?”, but others will appreciate what you and your team are doing for them.

Nobody likes to work longer hours for nothing. But if you have a worthy, real deadline, your stakeholder is generally reasonable and there is a short term target to aim for, make it happen!