4 Essential Ways to Stop Presenteeism in Your Team 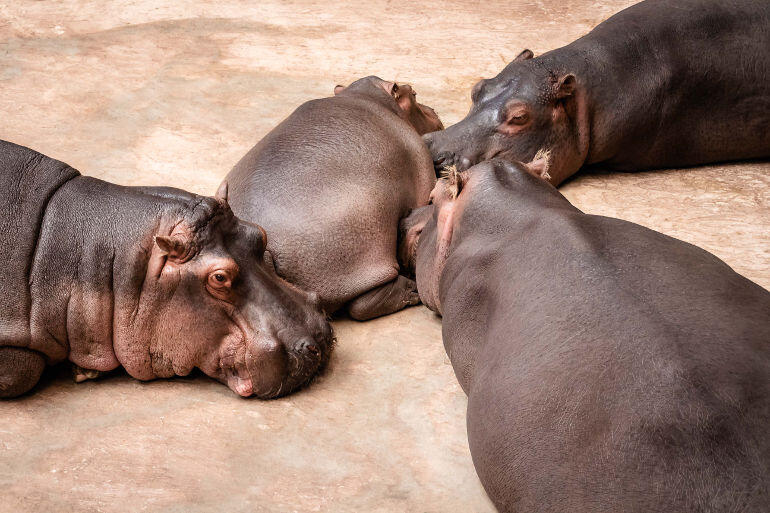 We all know about absenteeism at work. People don’t show up, and you’re left with less team members to do the work. A more pressing problem these days is presenteeism in the workplace.

Presenteeism occurs when your team members still turn up to work, but they have limited productivity and are simply being “present”. They feel like they need to be seen working their hours, so they stay at work, even when they aren’t really achieving anything.

Many definitions of presenteeism that I have seen refer to it as “coming to work when sick” or “working long hours without good reason”.

For me, the definition is broader. Presenteeism means people come to work and are contributing less than they should be.

In other words, your people are at work – but they aren’t invested in it.

Spotting the Signs of Presenteeism 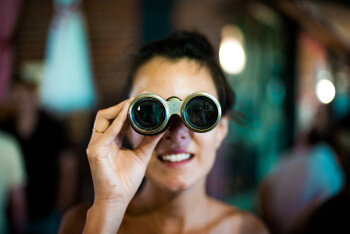 Presenteeism can be tricky to spot. After all, if your team are all at work every day, then how do you know whether you’ve got this problem?

1. Team member participation is out of balance. If one team member does more than everybody else, and the others are happy to just sit and watch, you may have a presenteeism problem.

2. Proactivity is low. If you find your team members wait for problems to happen, and then react to them, you may have a presenteeism issue. Motivated team members will proactively try to solve issues, rather than just wait for a crisis.

3. Workloads don’t seem quite right. You should know what work your team needs to do. If you have a team member who doesn’t seem to have much on, but never says anything about it, you could have a presenteeism problem.

4. People are often using “busy words”. If you hear your team members often saying they are “so busy” or telling others they are working late, this can be a bad sign.

Tip: If you are seeing a lot of presenteeism in your team, don’t go it alone – Thoughtful Leader can help. Check out the Motivating Your Team Audiobook, for tools and techniques to get the best out of your team members. Don’t settle for a lazy, disinterested team… try the audiobook today.

Putting a Stop to Presenteeism

Presenteeism is damaging because it can spread throughout a team. When one team member sees another just showing up without really contributing, they are going to lose motivation themselves.

They will start to ask the question “Why should I even bother?”

Let’s look at some ways to stop presenteeism in its tracks.

1. Stop Presenteeism by Getting Rid of the Busyness Mindset 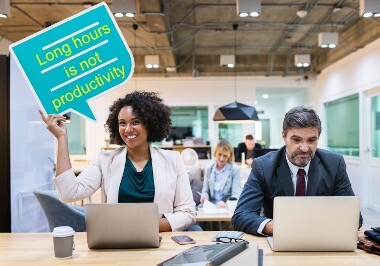 Something that has always irritated me is what I call the “busyness mindset”. People who are consistently telling others how busy they are.

When people drop subtle hints about how they are hard workers because they stay late or come in early, this is another example of the busyness mindset at work.

When your team has the busyness mindset, you are more likely to see presenteeism.

The challenge for you is to change the language. Stop reinforcing the idea that working longer hours makes people more valuable. Call out the people who belittle others for coming in late, or leaving early.

If your team believes that more time at their desk means they are more valuable, you are encouraging a team culture that will lead to presenteeism. 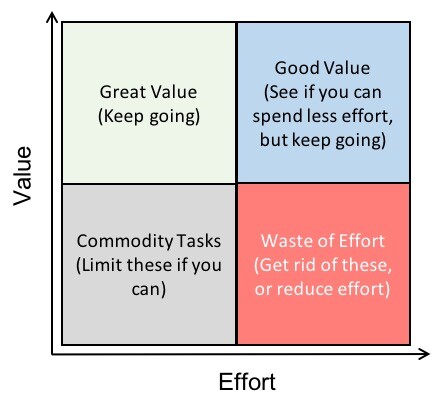 Presenteeism builds when team members don’t feel like they are doing valuable work.

If they are spending hours creating documents that people don’t read, or building something that people won’t use, that’s demoralising.

On the other hand, when a team performs valuable work, where the benefits are clearly visible, they are more likely to feel motivated and put in greater effort.

Start focusing on the valuable work. Instead of just doing work for the sake of it, make sure you know whether people are benefiting from it.

For every piece of work your team does, ensure that you can somehow identify just how useful it is. Remove the tasks that add little value.

This will give your team a stronger “why” – a reason for doing good work.

3. Stop Presenteeism by Finding Out What Your Team Members Want

If they are work and career-related, then that’s great. However, you will find that some team members are not too interested in their jobs.

Many of these people have hobbies and interests outside of work that they really care about. They come to work for the money, then they go home and do what they love.

The trick is to work with your team members to include more of what they value into their day. Let’s look at two very different examples.

Tracy is a software programmer in your team. She wants to improve her career by making sure she is using the latest cutting edge tools and keeping her skills sharp.

A solution: Let Tracy try out some new technology or tool in a project she is working on. She may need to spend more time to learn the new skills, but she will also be motivated to do so, because she’s working towards her goals at the same time.

Richard works in your team, but he doesn’t love his job. His real passion is motorcycles. Outside of his day job, he one day hopes to run his own motorbike shop.

Unfortunately for Richard, his day job has nothing to do with motorcycles.

A solution: If Richard is going to run his own shop, he’ll need to know how to run a business. As his manager, part of your job is to manage the finances and resourcing of your team.

A possible solution to help Richard is to show him how budgeting and resourcing works in your team, and let him help you with the process. He is learning skills that matter to him, and you are delegating some of your workload at the same time.

You might think that this example is a bit far-fetched, but I disagree. The takeaway here is that you can often engage people in different ways, even when their goals have nothing to do with your team’s work.

But unless you know what they want in life, you’ll never be able to do it.

When you find something that your team member values, you will be surprised at how much additional effort and motivation you see from them, even in the parts of their job that they usually aren’t excited about.

If you develop your team members in this way, they might eventually leave your team when they have the skills and confidence they need.

This is a good thing. Sure, you’ll miss them when they’re gone, but you have helped another human being pursue their passion. 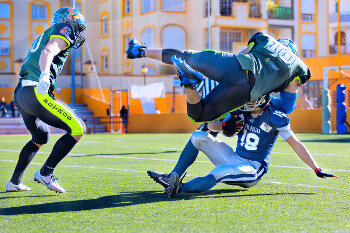 If you suspect that one of your team members isn’t contributing, don’t wait for them to raise it with you.

Some people won’t. They will just sit there and go home when it’s time to leave.

Have a direct, frank discussion about your perception of their workload. This might be a difficult conversation.

Mention the facts and how these have influenced the way you perceive the situation. Don’t just act on hearsay from somebody else.

Offer ways for your team member to contribute more. If they don’t step up, be more directive and tell them what you need them to do.

Whilst this may not solve the presenteeism problem with this person, at least it will:

Presenteeism can be a common problem in workplaces today. But all is not lost, apply these techniques and help solve the problem for your team.

Have you seen presenteeism in your team or workplace? What are some ways you helped to fix it? Leave a comment below!