Why leaders should show gratitude, even for the little things 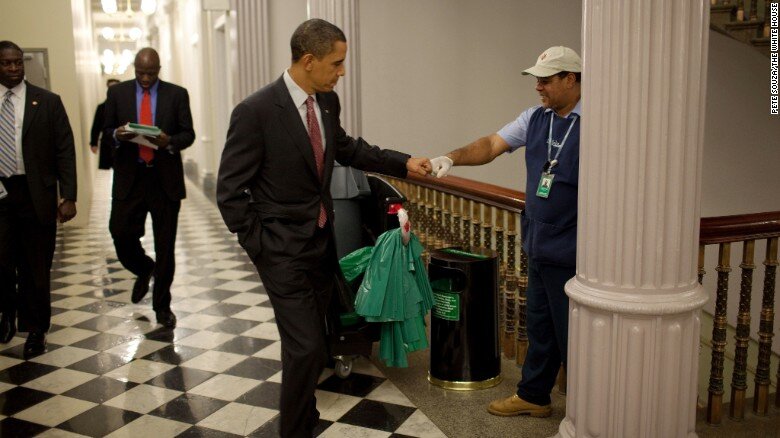 People like to work in teams and organisations where they feel valued. As if their work contribution means something. That’s why leaders should show gratitude for the work that their team performs.

Some leaders have a tendency to only thank people for their efforts when they deem someone to have gone “above and beyond”. But most of the time, going above and beyond isn’t required at all. We just need the work to be done.

To show gratitude is not a sign of weakness

There are leaders that seldom show gratitude for work done by their team. Some leaders like to withhold their valuable “thank you” until they see peak performance.

If a team member has worked long hours or done something amazing, a thank you may be offered. But otherwise, the perception is that team members are just doing what they are supposed to do. “That’s why they get paid”, is a common refrain.

“If I say thank you, they’ll stop working hard because they think what they did is enough”

Thank your team for the small things, as well as the big accomplishments

When leaders withhold their gratitude until a momentous achievement occurs, this will be an infrequent event. It will also only occur when team members are given the opportunity to do something great.

But what about the people who are in roles where routine is king? Where they do the same type of work every day, with little variation?

These team members will be unlikely to be able to deliver a stellar performance every day. They will fall into the category of people who are “just doing their job”.

Why we should show gratitude when people just do their job

Some people just “do their jobs” every day. They may not do anything mind blowing, but gratitude should never be left for just the high performers of the workplace.

Show gratitude to tell team members that they matter

Even if the perception is that somebody is just “doing their job” and “doing what they get paid for”, they are still worthy of thanks.

Because these people still make your life easier by doing the work that they do. Even if the same work could be done equally well by somebody else, this isn’t relevant. Because “somebody else” doesn’t exist right now.

It doesn’t matter that perhaps someone else could do the same work. It matters that it was done by the team member right here. And if that work wasn’t done, things would be much worse.

Everyone needs to know that they matter. An easy way to show it is to say thank you.

Show gratitude to tell team members that you notice their contribution

It’s worth saying “thank you”, particularly to those team members that perform routine or menial tasks in the workplace. Mainly, because it shows that you notice what they do.

You notice their contribution, whilst others look past it.

Remember the story about the janitor working at NASA? When asked what he was doing, he responded “I’m helping to put a man on the moon.” He sure was, in his own way.

Or what about former President Obama fist-bumping a janitor during this campaign? If he had ignored the janitor, hardly anybody would have thought anything of it. But he didn’t, and it’s a powerful image.

When you show team members that you notice their contribution, it can make a huge difference to morale.

Show gratitude to switch your mind from the negative

It’s easy to get caught up in the negative environment of many workplaces. Things go wrong, people are upset and nothing seems to run smooth.

After a time, it can seem like negativity is out of control and people are venting frustration with reckless abandon.

It’s helpful to switch your mind to a positive frame. Showing gratitude does that. Do it enough, and you’ll find that positive thoughts come to you more often and may even become your default way of looking at life.

But wait, isn’t there too much thanking going on, for normal work?

I’ve written before about false praise and the damage it can do. Sure, if you tell everyone they are “amazing” for the tiniest of accomplishments, you are setting the bar fairly low.

A simple thank you can be enough for many tasks. It costs nothing and sends a valuable message – that you notice. Some might say it’s simply common courtesy, but in workplaces, sometimes courtesy isn’t that common.

Showing gratitude shouldn’t be just for the highest performers or those who overcome insurmountable odds. You might be waiting a while to thank somebody if your expectations are quite that high.

What about those that just put in a solid performance every day, in roles that aren’t particularly glamorous?

They’re worthy of your gratitude too. It shows that you notice. And when you notice, they’ll want to keep doing a good job.

When was the last time you said “thank you”? If you’re after some ideas on how to thank your team, take a look at this article.

A team member might tell you that it’s “No big deal, I’m just doing my job”. It’s OK to remind them that doing their job is worth being thankful for.