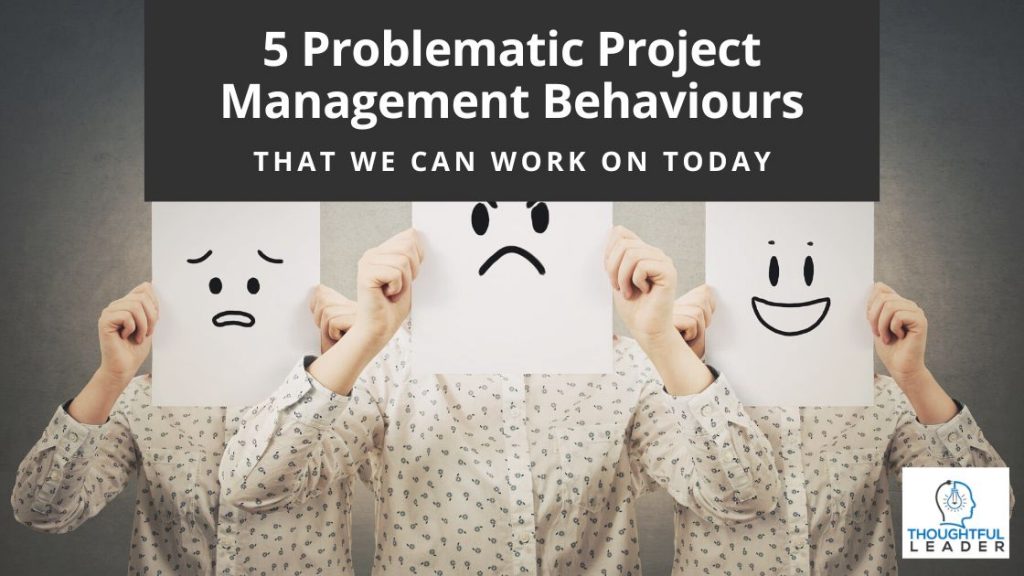 There are hundreds of project management issues that might occur over the life of a project. Projects themselves can be complex, or it can be the delivery environment that can throw up all sorts of obstacles.

In this post, I’m going to cover some common problematic project management behaviours that I see (and have experienced) in many projects.

I’m not going to go into technical details about delivery methods and all that jazz, because frankly, I don’t think these are usually the problem. I find that the problems are often behaviour-based, rather than to do with technical issues.

So here, I’ll outline some of the project management behaviours that can be problematic for successful project delivery.

The purpose of this post is not to demonise the project managers who are struggling with them. Rather, it is to highlight some of the areas where supporting behaviour change by the project manager can have positive impact on how a project is delivered.

Why Focus On Project Management Behaviours?

The reason I am focusing on behaviours in this post is because they are within our control.

If you’re a project manager, you can control your behaviour.

If you’re a project sponsor or executive, you can support the project manager in making a change.

Many organisations are burdened with complex governance, too much documentation and onerous processes, but these can take many months and years to change. Behaviours are within our control.

Project management behaviours are important for shaping the project environment, which includes satisfying the key stakeholders. No tool, methodology or computer system will deliver your project. It’s all done by people, and the better they can work with other people, the easier it will be.

Focus on What You Can Control

The Sphere of Control is a nice model to focus on for this purpose. 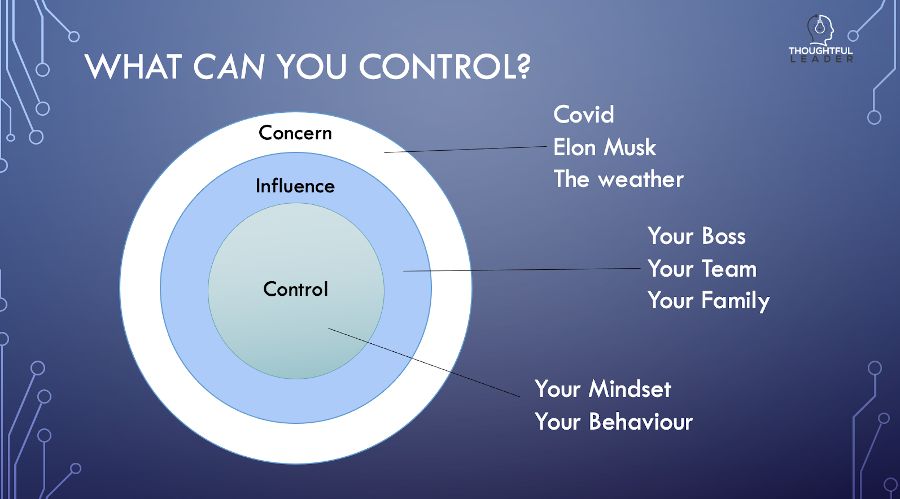 In the outer ring, we have the Sphere of Concern. These are the things we might be concerned or worried about, but are unable to influence directly. Examples might be the weather or the current price of the shares of your organisation.

Moving inward, we have the Sphere of Influence. This comprises all the things we can have an influence on, without controlling directly. For example, we might be able to influence our stakeholders’ attitude, but we can’t make them do what we want.

And in the innermost ring is the Sphere of Control. This contains all the things we can control directly. From a project standpoint, this might include our planning and preparation, or the use of specific tools. Most importantly, it also includes project management behaviours.

Finding the Gap Between Emotion and Response

Viktor Frankl was an Austrian psychologist who survived the concentration camps during World War II and subsequently wrote the popular book “Man’s Search for Meaning“.

One of his insights from his time in the concentration camp was that the people who survived seemed to be able to maintain a positive attitude in the face of their horrible situation.

He noticed that there was a “gap”, between the emotions we experience and the response we take. When you can observe and extend the gap, you have a better chance of being able to respond constructively, rather than be overwhelmed by your emotions. 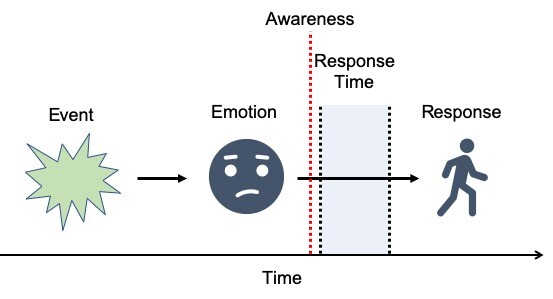 So why is this important for project managers?

Because they’ll be put in stressful situations. People will criticise them and blame them for things.

They can use the gap between emotion and response to behave in the most productive and constructive way to suit the situation, rather than blowing up or running away (like they may instinctively want to do!).

Project Management Behaviours That We Can Change Today

So let’s get into it. Here are some of the common project management behaviours that I find can have project managers coming unstuck.

The good news is, we can support them to make a change.

Sometimes I notice project managers resorting to sending emails as their main form of project communication. These emails might be about notifications of incomplete tasks, status updates, or asking for information about the project. 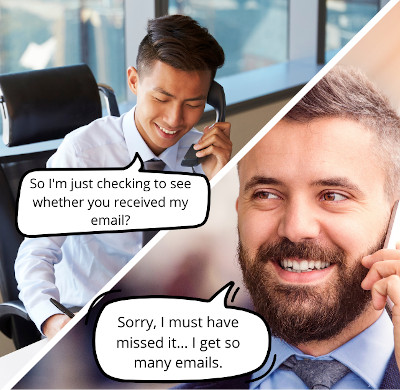 Don’t get me wrong – emails are a useful (if not overused) form of communication. And project managers like them because they provide a trail of evidence that they can use to justify their actions if people start to play the blame game.

However, emails are a trap.

Emails can be easily ignored, or buried in a huge inbox. Some tricky stakeholders can also claim plausible deniability:

“Oh, I never saw your email. I get so many, I must have missed it.”

Was it a mistake? Or did they actually read and ignore it? An over-reliance on emails gives project stakeholders the maximum opportunity to get away with passive-aggressive behaviour, by ignoring the messages.

Project managers need to be out and about, engaging with their stakeholders. Email can feel easier and less confrontational, especially when stakeholders are busy or resistant to the project they’re leading.

Project managers need to leave the desk and speak to people. Then, they can sense body language, attitude and start to build rapport. Their stakeholders will see that they mean business, and are going to keep showing up even if they keep trying to ignore them.

Of course, in our remote-working world, we may be stuck behind our computers. Nevertheless, we should still be trying to mix up our communication so that we can build relationships with our stakeholders.

2. Obsession Over the Plan

Some project managers pride themselves on being able to create very detailed, precise and correct project plans, and planning everything to the n-th degree.

Over my time managing projects, I’ve come to realise that a project plan is mostly a communication tool. 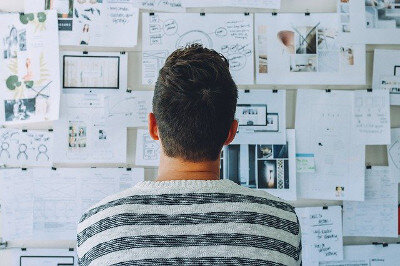 Yes, it gives the project manager some confidence in knowing that the deadlines are achievable and that the required activities are in sequence. But otherwise, the project plan is really there to tell people how the project is going, let them know what’s coming next and to manage expectations about timeframes.

The complexity of the plan will depend on the project and the delivery environment. If the plan is used to directly calculate project costs, this may need a greater level of detail than in a situation where costs are captured in other ways.

When planning, it’s useful to keep in mind that:

Most people don’t really care about the project plan.

They care about how things are going, what they need to do next and what’s coming up.

Just enough planning is good. Too much is wasted effort.

3. Presenting Information the Same Way to All Stakeholders

It’s nice to be able to have one source of project information that can be presented to everybody.

The reality is that this doesn’t generally work too well.

Sometimes, I see project managers presenting detailed plans, project registers or other detailed information to stakeholders at all levels. While this might seem like a big time-saver for the project manager, it can create confusion or overwhelm for certain project stakeholders who may not be so detail-focused or have a deep understanding of how projects work.

I’ve always found it useful to summarise project information in various formats, depending on the stakeholder group.

Got a project sponsor who craves detail and specifics? Present the information that way.

Dealing with people who are non-technical or visual thinkers? Create a timeline or visually appealing format to help make your information more digestible.

When you purposefully present information in a format that your audience is more likely to understand, a few things happen.

First, it builds trust, because you’re communicating in their style. Second, it makes your audience feel less stupid, or out of their depth. If you’ve ever been bamboozled by some technical specialist who makes no effort to dumb down their information, you’ll know what I mean!

Not everyone understands project concepts, or how they run. Make it easy for them. This will increase the chances that they can give you meaningful feedback and buy-in to what you propose.

Learn More:  IT Project Stakeholders: 5 Ways to Gain Their Confidence.

4. Resorting to Command and Control Leadership

It can be frustrating managing projects.

Often the project stakeholders are already busy, so the project is just another thing on their plate. Many organisations fail to resource projects adequately, resulting in workloads rising and frustration growing. 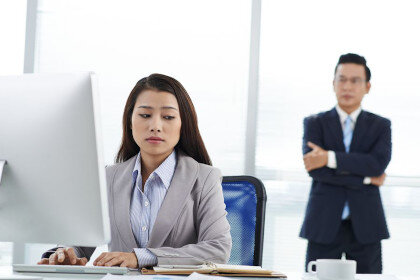 In addition, I’ve often found that organisations fail to prioritise, so everyone is working in an environment where “everything is important”.

Unfortunately, this seldom works out very well. It often damages trust with stakeholders who may double-down on their resistance and dig in even harder.

Alternatively, if the stakeholders do give in to the project manager’s pressure, they may be left with a feeling of resentment. As the project progresses, this can build over time until an eventual explosion erupts into open conflict.

Instead, I’ve found it’s always better to have some empathy for the stakeholders’ situation. To negotiate for their time, rather than come in heavy handed. To try to find the right compromise to help people feel more positive about the project, rather than bludgeon them into submission.

Resorting to command and control or threats from the project sponsor is one way to gain traction, but I’ve found that it may cause long-term pain, for short-term gain.

Learn More:  Directive Leadership: 4 Situations When You Should Be Using It.

The last of the project management behaviours I’ll discuss here is actually more of an attitude. But this overly optimistic attitude can result in some less than desirable behaviours.

Optimism can be a project killer, because it can result in a false sense of security for stakeholders as they hear “Everything will be alright”. When something goes wrong in a project, the reality I’ve experienced is that it’s quite rare for things to turn around, unless some specific action is taken to improve the situation.

A strategy built on hope rarely succeeds, and an honest conversation is often the best way to set clear expectations about project issues. 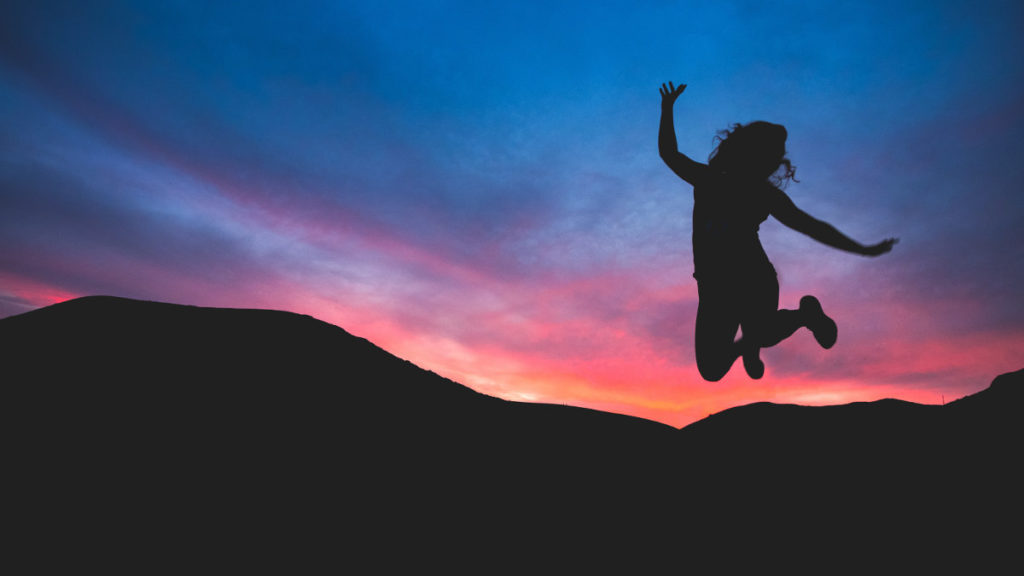 Overly optimistic thinking can result in:

One of the biggest problems that I find with optimism is that it’s easier.

I’m reminded of a great question I read in the book “Time to Think”. It goes:

“What do you already know now, that you’ll find out again in a years’ time?”

In other words, what do you know already … but aren’t admitting to yourself?

Project managers need to have the courage to raise issues early and honestly.

If you find some of these project management behaviours (or others) happening in your organisation, consider contacting me for coaching.

I work with Project Managers and other leaders to help them make behaviour change and take action to overcome their project and leadership challenges.