Seeing Passive Aggressive Behaviour at Work? Let’s Deal With It.

If you’ve ever tried to lead a change or get people to help you with something, you’ve probably come across passive aggressive behaviour at work.

Passive aggressive behaviour is very common, because our workplace are usually polite. Most people don’t like to disagree or engage in open conflict, which means that passive resistance is an option that is often used instead.

Passive aggressive behaviour at work can be very frustrating for leaders, especially if you’re trying to make changes in your team or you need other people in your organisation to help you.

However, all is not lost. We can deal with passive aggressive behaviour.

In this post, we’re going to dive into this phenomenon and how we can overcome it on our leadership journey.

Why Do We See Passive Aggressive Behaviour at Work?

Passive aggressive behaviour occurs in our workplaces because it is more socially acceptable than open conflict. If you can avoid a problem rather than screaming and shouting, you will generally be seen as more professional.

In my experience, passive aggressive behaviour is usually a defence mechanism. In other words, people use it so that they’ll be left alone, protected from harm and sheltered from unnecessary stress.

People may feel threatened by what you are trying to do. They may disagree with you or your approach, or they may be feeling stressed and incapable of helping you.

Whatever the underlying reason, people who show passive aggressive behaviour at work are usually trying to make you leave them alone.

If you give up and let them be, then they will have succeeded in the short term. However, often this resistance can lead to longer-term problems. Especially if what you’re trying to do will improve their situation over the long run.

Leaders are in the business of improving things and making change, which can feel threatening to others. Leaders also have authority, which means people often feel less comfortable disagreeing with you.

These are the reasons why it’s so common for leaders to experience passive aggressive behaviour at work.

Learn More:  Seeing Resistance to Change In Your Team? Do This.

Over my career, I’ve dealt with many passive aggressive people. Many of my roles have involved implementing change of some kind, so it’s a natural part of the journey.

Here are some of the most common passive aggressive behaviours that I have encountered along the way.

See if any of them seem familiar to you!

1. People Who Are Non-Responsive

Ever worked with someone who never responds to your emails? What about someone who avoided or never returned your phone calls? Perhaps they don’t show up to your meetings either.

This avoidant behaviour is designed so that you will eventually give up, and leave the person alone. It’s a very common strategy because it is easy to simply say “I’m too busy to return your email”, or “I didn’t know I missed your call.”

Some people seem grumpy when you try to talk to them. Others will avoid eye contact, or will frown when you approach. Sometimes, these people will give you short, sharp answers, hoping that you’ll go away.

These people may also pretend to be busy, so they seem like they don’t have time to have a conversation with you.

Unapproachable people do this for one reason – so you’ll feel uncomfortable speaking to them. They hope that eventually, you won’t bother them any more, because you feel awkward making contact.

3. People Who Say Yes … But Then Don’t Come Through With the Results

Passive aggression can also start when someone agrees to help you. Then when you check in with them again, they say they have been too busy to focus on your task.

Perhaps they’ll say they agree with your approach, but then you’ll hear that they told somebody else that they don’t think it will really work.

These passive aggressive people are trying to avoid conflict. They hope that you’ll stop relying on them when you work out that they aren’t on your side. 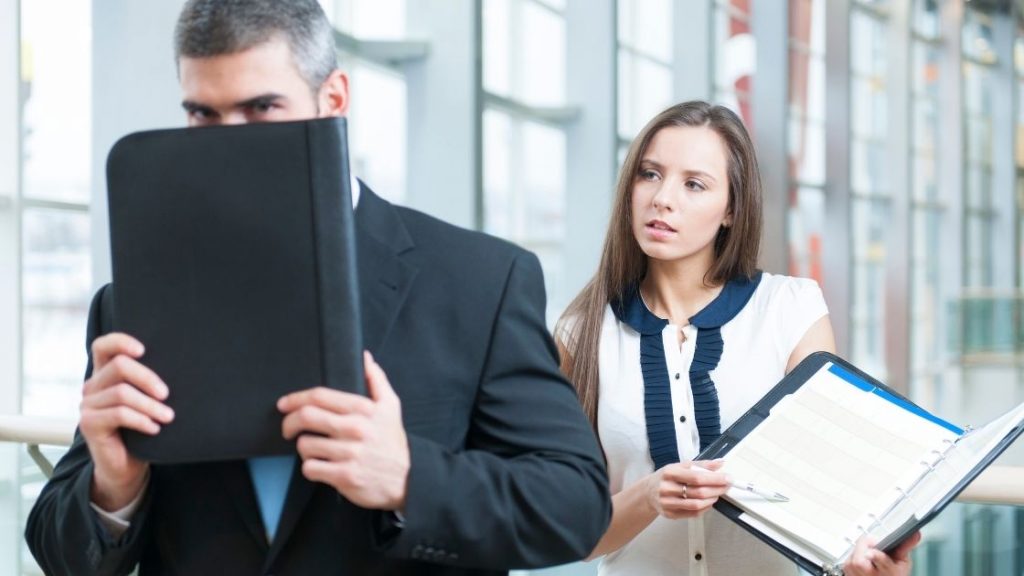 4. People Who Try to Discredit Your Understanding or Ability

Sometimes, you’ll meet people who “innocently” ask complex questions to test your knowledge. Or perhaps, they may ask for more and more detail before they’ll commit to anything.

If you can’t provide the correct answers or the right amount of detail, they will use this as an excuse to ignore what you’re trying to do. They know that what they are asking for is unreasonable, and they’re hoping you’ll go away and do more and more work before bothering them again (if you come back at all!).

I once worked with a stakeholder who asked me to “make it make more sense” when I sent them a document to review. When I spoke to them further, it became clear that they hadn’t bothered to even try to read or understand the document!

You may come across people who are tentative and seek permission or approval from you at every turn. They’ll verify everything with you to check it’s correct before taking action. This increases the time you need to spend to get things done.

What I find is that this behaviour is often designed so that you will leave the person alone and do the work yourself, rather than coming to them for help.

How to Deal With Passive Aggressive Behaviour At Work

Passive aggression is tough to deal with. It can feel uncomfortable working with people who are trying to subtly tell you to go away.

However, here are some tips that hopefully help you to deal with passive aggressive behaviour at work. Try them out for yourself and see if you can improve your situation.

1. Remember: It’s Not About You

People love to feel accepted and desire approval. When we’re confronted with a passive aggressive stakeholder, we may be assaulted by feelings of rejection as they show us that they want us to leave them alone.

As I touched on earlier, passive aggressive behaviour at work is often used as a defence mechanism. People are trying to protect themselves in some way, because they feel threatened.

So when dealing with a passive aggressive stakeholder, it’s important to remember that you aren’t necessarily the problem. It’s not because people don’t like or respect you. You might be seeing this behaviour because deep down, they feel scared.

And if you’ve got good intentions for what you’re trying to do, then you can approach them with compassion and empathy to help you push through the barriers they are trying to raise.

If you run away at the first sign of passive aggressive behaviour, you’ll never succeed. You need to push through the resistance you feel. 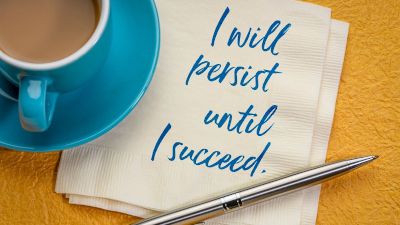 When you show persistence, people learn that you’re not going anywhere. They understand that they will need to deal with you.

When you’re persisting, it’s important to be personable too. Pushing harder in an aggressive manner will possibly lead to even more resistance.

Hopefully, the other person may start to open up and be more honest about how they are feeling, and what their concerns are.

These concerns may be valid – they may simply have been uncomfortable sharing them.

Being persistent can create opportunities to build trust and rapport, which can help to reduce passive aggressive behaviour over time.

The more positive interactions you can have with others, the more likely they are to see you as an ally, instead of the enemy.

3. Keep the End Goal In Mind

Another way to keep yourself motivated to overcome passive aggressive behaviour is to remember what you’re striving for. If you are seeking a positive outcome, then it’s worth reminding yourself (and others) of what that is.

Losing sight of the goal can have you feeling demoralised as you try to keep pushing yourself through uncomfortable workplace interactions.

It can also be useful to keep in mind the positive outcome that you are seeking for the person you are dealing with. Sometimes people are fearful of change, even when change might help them.

It’s your job to remember the positive outcome you are seeking, to help you penetrate the barriers that people are throwing in front of you.

4. Have a Direct Conversation

Sometimes it’s best to tackle passive aggressive behaviour directly. You normally wouldn’t try this as your first move, but if you are consistently seeing resistance, it can be a great strategy.

You could say something like “I’ve noticed you won’t respond to my emails” or “It seems like you are annoyed when I come to speak to you about this”.

A direct conversation takes courage, but they can have several benefits:

When you raise the topic of passive aggressive behaviour directly, you have a chance to make progress. You give people a chance to have their say, and you may hear things you weren’t expecting.

Going into these conversations with an open mind can be a good way to reduce resistance, by working with your passive aggressive stakeholder to reach a workable solution.

If you’ve been persistent, personable and had a direct conversation about the passive aggressive behaviour, it might be time to escalate the issue to more senior levels.

After all, if you’re trying to make some important progress and aren’t receiving the assistance you need, something needs to change.

This might mean having a meeting with somebody’s boss or the senior leadership team to see if they can assist you in persuading their people to be more supportive.

However, it’s very important not to use this as your first strategy. Nothing destroys trust quite so fast as somebody who raises concerns with senior management, without trying other strategies to constructively solve the problem first.

Passive aggressive behaviour in the workplace is unpleasant. But it’s a natural response to change and uncertainty, so you’ll surely experience it in your leadership career.

You aren’t going to let a little passive aggressive behaviour stop you, are you?

Have you ever dealt with passive aggressive behaviour in the workplace? What did you do? Share your thoughts with me and all the other thoughtful leaders out there!