4 Overrated Leadership Attributes That We Can Stop Admiring 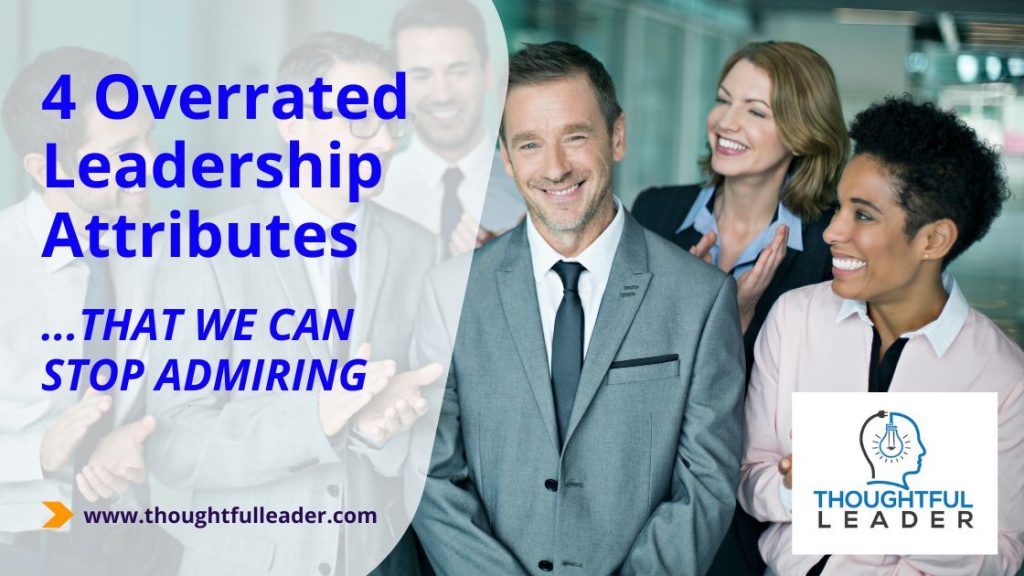 Many people seem to want to know what the great leadership attributes are, so they can see if they have them. If they do, they can feel good about themselves because they have what it takes.

But if you don’t have the “right” leadership attributes, what do you do? Some leaders feel bad as they say to themselves “I should be more like …”

Other people who haven’t yet started their leadership journey may be put off completely when they see these lists. “I don’t have all of those qualities so I won’t make it”, they’ll say.

I’ve written about good leadership qualities before here. What you’ll notice about these are that many are emotional qualities. Over the years, leadership has changed from being directive and “strong”, to being supportive and showing empathy.

Why Am I Writing About Overrated Leadership Attributes?

Instead of writing another article about good leadership attributes, this one is about some overrated qualities.

This is because some leadership qualities in the list below can be demoralising for people who don’t have them. They’ll count themselves out because they feel they are “lacking” something.

But in my view, these overrated leadership attributes are given too much credence within organisations and society as a whole. We don’t need a bunch of heroes running around our workplaces saving the day.

We need thoughtful, effective leaders who care about people and create positive environments where people can do good work and enjoy what they do.

So let’s ditch the celebrity leader, and focus on the leaders who are in the thick of real-life organisations, trying to create better places to work.

Being charismatic in leadership is overrated. If everyone who led anything needed to be charismatic, the world would be in big trouble!

This article defines Charisma as being able to attract, charm and influence those around you.

Being able to influence is a very useful leadership skill, but I’m not so sure about “charming” people. Being able to “charm” people implies that we are putting other people under some sort of spell, against their will.

I find that some leaders who are described as “charismatic” may rely on this trait as a way to endear themselves to others, hoping they may overlook any shortfalls in their capability or competence. 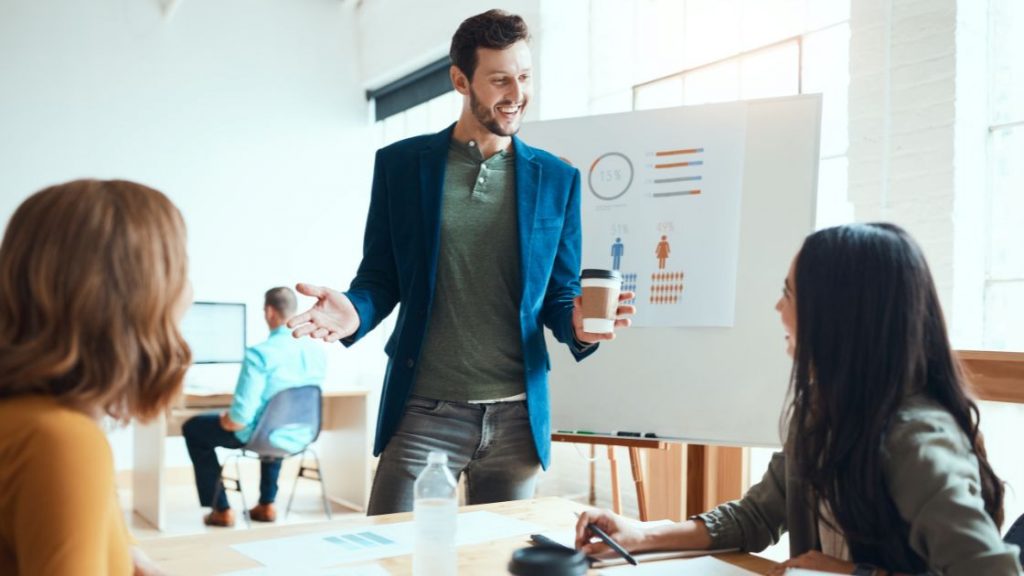 Charisma can often be superficial. The leader who “knows everyone’s names” is often lauded as a “champion of the people”, but do they really care about them? It’s hard to tell.

So beware the feeling that you need to be “charismatic”.

If you’ve got it, it’s a good thing, as long as you back it up with competence, being able to build good relationships and the ability to show real empathy.

You may often hear this statement in the corridors of your organisation:

“Oh yeah, they are very direct, but at least you know where you stand with that person”

Don’t get me wrong, it’s good to be open and honest in communication. Then there is being direct.

Sometimes, being direct is seen as a sign of assertiveness, ambition and about getting results.

Getting results is obviously an important part of leadership, but doesn’t necessarily mean rolling over other people to achieve them. 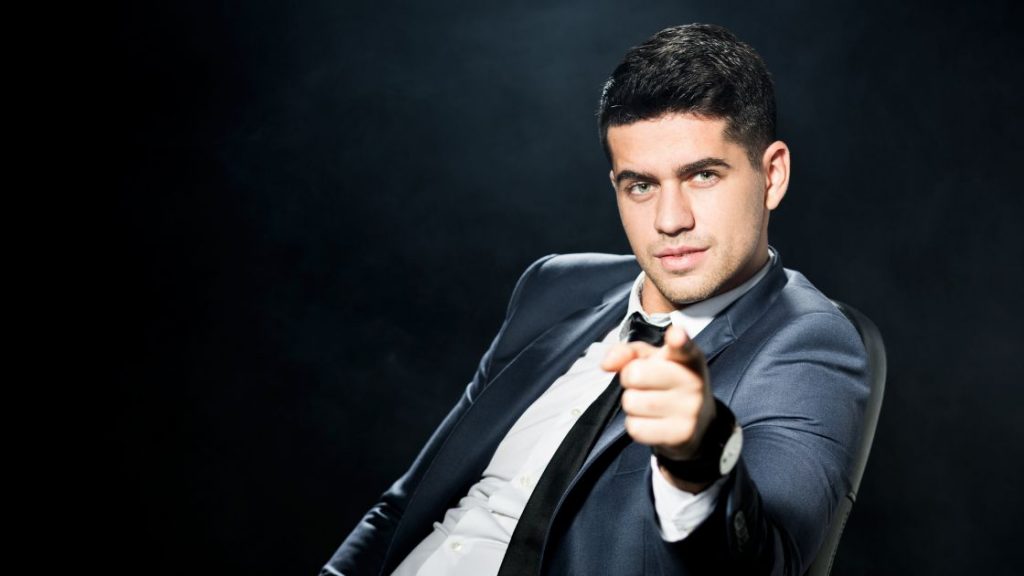 Thoughtful leaders who are quiet, shy or on the introverted side may find it daunting to speak up in front of others or directly confront a situation.

Being direct is often worn like a badge of honour, but there are many times when I’ve seen direct communication go horribly wrong, because it easily crosses over the barrier into “being disrespectful” territory.

Some direct leaders will excuse rude or aggressive communication because they say they need to be that way to get results.

But I don’t think that’s true.

It’s just easier to be direct and ignore the consequences, than to try to communicate respectfully and get results at the same time.

So if you’re on the quieter side and don’t enjoy that very direct communication, don’t worry. It’s overrated.

#3: Being Driven or Ambitious

Good leaders are often seen as being driven or ambitious. This makes sense, because leaders are in the business of making change and progress.

However, do you need to be extremely driven to be a good leader?

Well, in my experience, sometimes the most driven leaders are the ones who are striving hardest to get to the top. But to get there, I sometimes see them engage in underhanded, self-serving behaviour. 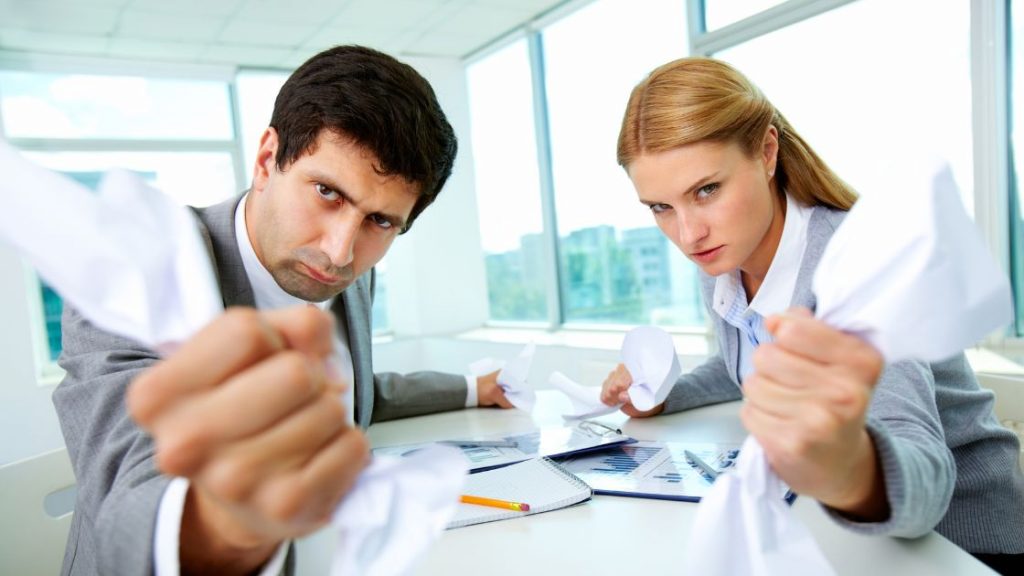 Ambitious leaders are often great at getting to the top, but I’m not sure they are always the best at fulfilling the top role once they get there.

That’s because leadership involves people, and if you’re more focused on achieving your own goals than supporting the people around you, you’ll likely come unstuck in the trust department.

Some thoughtful leaders love helping their people grow and develop, but they don’t necessarily want to be the top dog.

These leaders can still make great change and champion improvement, but they aren’t necessarily doing it for their own personal success. They are doing it to make the world or workplace better.

So if you don’t feel extremely ambitious, never fear. You don’t need to be.

Overrated Leadership Attribute #4: Being Good In a Crisis

Being able to handle a crisis is a handy leadership skill. You can’t plan for everything, and sometimes, things will go wrong.

It’s good to be able to stay calm, composed and execute on a plan that will get things back on track. 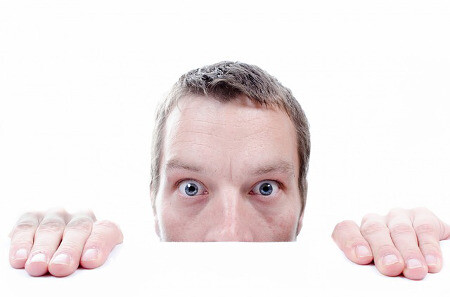 Therefore, this leadership attribute is not likely to be needed all that often.

Some leaders who are good in a crisis actually love the energy and excitement of the crisis situation. When things are going well, they aren’t all that interested!

Personally, I’d rather follow a leader who does sound planning and preparation for potential problems, than one who ignores these aspects and enjoys the firefighting.

I see firefighting all over our organisations, with many leaders caught up in “urgent” issues. Are any of these preventable? Yes, they are… but sometimes it’s not as fun to prevent issues, it’s much more exciting to put the fire out instead.

If you’re a leader who likes to be well prepared and plan for the future, but feels a little scared of the crisis situation, don’t worry.

You provide much more value than just handling the next crisis.

If you’re anything like me, you won’t have all the leadership attributes in the next “Top 10 list” you look at.

I think that there is still work to do to dismantle some of the common leadership misconceptions that have developed over time.

It’s time for a new breed.

The thoughtful leader, who gets results and nurtures their people at the same time.

What are some of the overrated leadership attributes that you think get too much air time? Let me and all the thoughtful leaders know in the comments below!