Is Optimism Bias Sabotaging Your Leadership? 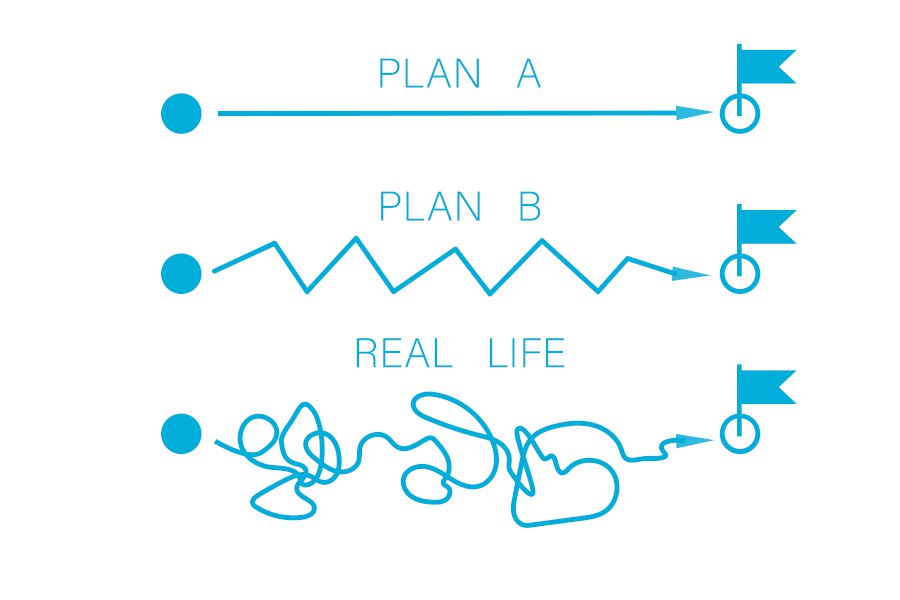 Optimism bias is a cognitive bias that can influence our decision-making. It can convince us that things are going to be OK, even when they probably won’t be, or it may influence our ability to estimate effectively. Optimism bias sometimes convinces us that we will achieve great things, even when all the odds might be stacked against us.

In this post, I’ll talk about my experiences with optimism bias and some steps we can take to reduce its impact on our leadership.

Is Being Optimistic Bad?

Being optimistic is generally a good thing. People like to feel like there is hope, and optimism can be inspiring. If you’re a leader who tells everyone that “we’re doomed”, it might be hard for a team to embrace that.

People usually prefer not to follow a leader who has a demeanour like they are walking off a cliff or about to be eaten by wolves. A “we can do it” attitude can go a long way when leading teams.

The flip side is of course, that overly optimistic leaders may occasionally seem delusional, or out of touch with reality. Being eternally optimistic in the face of challenge can be really frustrating for people around you, especially if it stops you from facing up to the harsh reality of your situation.

If your team stops believing in your positivity, they may start to experience cognitive dissonance. That is, they feel hopeless, but are forced to follow you on your impossible journey. In other words, they are having to do some emotional “acting” to follow your lead.

However, it’s worth remembering that if everyone was pessimistic, we would never accomplish anything that was remotely difficult. We simply wouldn’t bother trying at all.

As with many aspects of leadership, it’s all about balance.

When Do We See Optimism Bias? 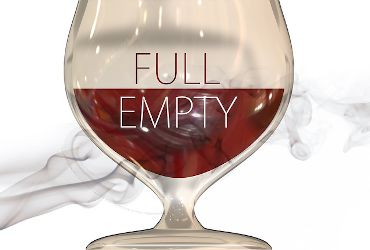 We don’t want to remove optimism, but we can’t let it rule us either. We need to be aware of optimism bias and its effects, without turning into a “Negative Nelly”.

We see this in our everyday lives. People continue to buy lottery tickets hoping for a win, even though most people never do. We feel like we’ll be more successful investing in the stock market than other people who have lost money. Or we think it only take us a few months to lose all that weight.

People who smoke often don’t feel like they are going to be the one that gets lung cancer. And people who eat a lot of unhealthy food don’t believe they’ll be the ones to have a heart attack.

At work, we tend to see optimism bias in action when it comes to achieving targets. Senior leaders believe they can achieve record growth every year, even while other companies are failing.

Executives may feel that they can deliver huge projects even when timeframes are short and uncertainty is high. One situation I have seen in many workplaces occurs when senior leaders feel like they can accomplish every single “important” initiative they have on their list.

Most of the time, this results in the organisation taking on too much work at once, until eventually people realise that something needs to stop.

Unfortunately, optimism bias can also stop us from taking action when we need to. Here are some examples:

You have probably seen these situations (or something similar) during your career.

The Real Challenge of Optimism Bias

In my experience, optimism bias is most common when we are faced with uncertainty, ambiguity and distant deadlines. 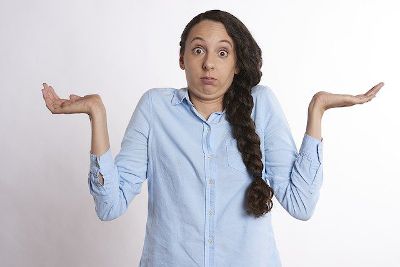 For example, if somebody told you that you needed to build a brand new, state-of-the-art hospital in a month, you’d probably say “That’s ridiculous”.

Extend that timeline a little and see what happens. As you go from 1 year, to 2 years … to 5 years, even if you know nothing about hospitals, you’re response might start to move from “Impossible” to “Possible”.

The presence of abundant time and uncertainty helps us to be optimistic, because we don’t know what really is possible. We can’t see into the future.

Leaders don’t want to tell their bosses that “It can’t be done”. Because they’re not really sure yet. So instead, they keep going until it’s obvious that they can succeed, or that they can’t.

That’s the challenge of optimism bias. You want to have a “can do” attitude. But you also want to avoid committing to something that you won’t be able to achieve.

Some leaders feel as if they are stuck. If they speak up about the problems they see, they might not have a job. So instead, they go “all in” and commit to the cause, even if deep down, they know they’re in for trouble.

Learn More:  Following Orders When You Don’t Believe In the Direction.

How to Reduce the Impact of Optimism Bias

As I mentioned earlier, we don’t want to remove optimism and positivity. The world and the workplace would be pretty dull, and we wouldn’t achieve a whole lot.

The aim is to reduce the potential negative impact of optimism bias, without becoming overly negative or risk-averse.

One the most obvious actions you can take is to call out optimism bias when you notice it. You can say things like:

“Are we trying to do too much here?”

“Are we ignoring the risks of this situation?”

These statements start to alert people to overly optimistic behaviour and hopefully help you to have a conversation based in a solid reality.

Learn More:  Why You Need Your Team to Speak Up (and How to Make it Happen).

Diversity can help to combat optimism bias, because we start to bring in different opinions, skills and experiences and challenge regular thinking. In this case, I mean diversity in as many forms as you can get, including gender, role, ethnicity, age, sexuality … the list goes on.

If you can bring a diverse range of mindsets to a situation, you’re going to get different opinions and you’ll challenge the potential for “group think”.

Some people are naturally risk-averse, so they see the potential issues before they occur. Others are interested in facts and data, while some go with their gut feeling. Certain people will focus on the rational arguments, while others will look more at emotions and feelings.

Varied goals and motivations are helpful too. People who are heavily invested in a successful outcome may be more likely to be overly optimistic about their chances of achieving it.

Optimism bias can be dangerous when too many like-minded positive people are in the same room. Similarly, if you have too many pessimistic or “black hat” people in the room, you’ll see the opposite problem!

3. Use Outside Opinions and Case Studies

Another useful method is to study examples or case studies from other companies or industries. If you’re about to start a big restructure, how was it done elsewhere? How long did it take? What were the problems?

Consultants can be very useful in this regard, because if you find a good one, they’ve done it before. They can tell you what worked, what didn’t and how long it all took.

Your situation won’t be exactly the same as elsewhere. However, this can be a great way to make sure you’re aware of similar initiatives to test your thinking and understand what you’re really getting into.

If you’re embarking on an initiative that could be risky, but you’re not quite sure if you’re in trouble yet, try building in review checkpoints along the way.

This means that you’ll set a time in the future where you’ll review progress and take a critical eye to your chances of success. Building these milestones in early can help you to take stock of your situation before it’s tool late.

And remember, the closer you get to your destination, the easier it will be for you to see whether you’re in trouble, or you’re doing just fine.

Without a plan, it’s easy to underestimate the effort required to reach your destination. Start high-level and then break it down into more detail.

For very large initiatives it may not be practical to plan every single task in one go, so it can be helpful to plan in phases. This helps you to gradually reduce uncertainty until you can tell whether you’re in trouble, or whether you’re in good shape.

Without any sort of plan, it’s difficult to tell where you stand. You’ll find that reality will soon set in when you put pen to paper, break down the work and allocate realistic timeframes to each activity.

Learn More:  Episode 58: Why Leaders Should Do More Planning (and Why They Don’t).

To counter optimism bias, it can be effective to dedicate thinking time to what might go wrong. Start by identifying the possible risks, as well as how likely you think they are and how much impact they will have.

Many organisations have a “Risk Matrix” or framework to help you assess your risks. Then for your biggest risks, focus on how you might stop them from happening, or reduce the impact if they do.

Develop actions or backup plans that you can use to reduce the potential problems. This means you’re optimistic, but you also have your eyes wide open and are aware of your situation.

This is obviously a very simple overview of how to look at risk. For a more comprehensive view, you can read this APM article.

Optimism bias is not easy to overcome. It’s natural to want to believe we can achieve great things, because it helps us keep striving! It also helps us motivate our teams and rally people to our cause.

You’ll never reduce the effect of optimism bias completely. However, it’s good to walk into situations with your eyes wide open and a realistic mindset.

Yes, I know your team is amazing. And yes, I know everyone is on board and you are set up for success. Yes, I know that you really want to succeed and you’re better than everyone else who has tried this before.

But it never hurts to take a stroll around your situation and make sure you’ve considered it from all the different angles.

Have you seen optimism bias in action? What happened? Let all the Thoughtful Leaders know in the comments below!