Seeing Negative Behaviour Patterns? Here’s How to Stop Them 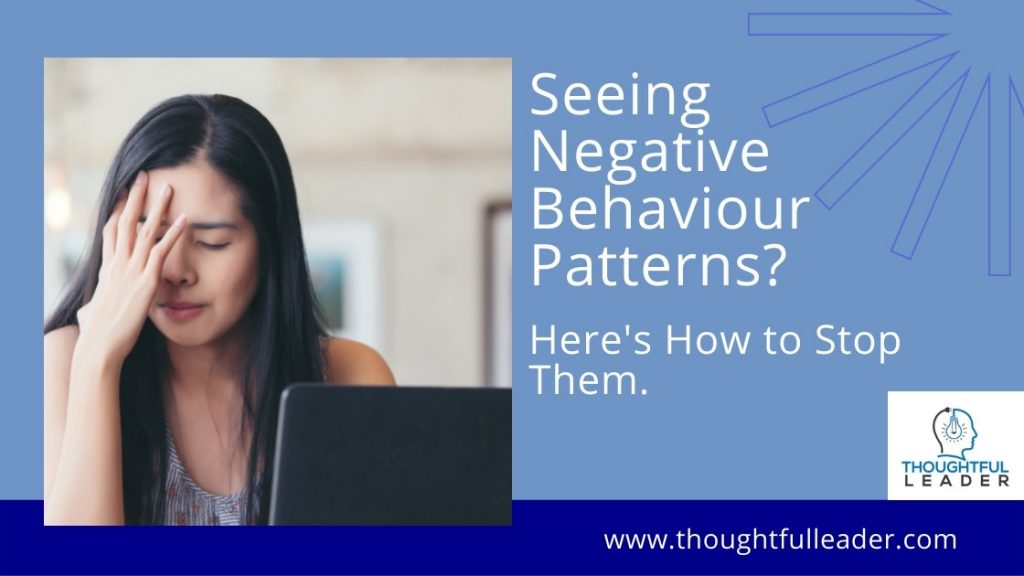 Workplaces are complex and full of different personalities and priorities. As people struggle to work together and hit their targets, it’s common for negative behaviour patterns to show up.

I refer to a negative behaviour pattern as a situation where people are working in a disruptive way, causing stress to the people around them. It becomes a pattern when it occurs over and over again.

When left unchecked, this behaviour may become embedded in the culture of the organisation. Then, it’s just the normal way of operating and “the way that we work around here.”

How Do Poor Behaviour Patterns Arise?

Negative, disruptive behaviour often happens in response to pressure of some kind. To reduce that pressure, people take actions they might not normally engage in.

Some examples of negative behaviour patterns include:

There are many more examples of negative behaviour patterns, and these are just a small sample.

Negative Behaviour Patterns Are All About the Payoff

An important aspect to consider here is that most people aren’t evil or nasty.

They (mostly) aren’t out to get us, or make our lives miserable. In my experience, most people don’t come to work looking to cause trouble or do a bad job.

But it still happens, and negative behaviour patterns emerge. Poor behaviour persists because there is some kind of payoff for it. In other words, people are getting something out of doing what they’re doing.

If you dump work onto another team and there are no consequences, you’ve just saved yourself some time. Sure, the other team are now stressed, but you feel better.

When a leader bullies somebody into doing what they want, they feel more in control. When this has no consequence, it becomes a pattern of behaviour. 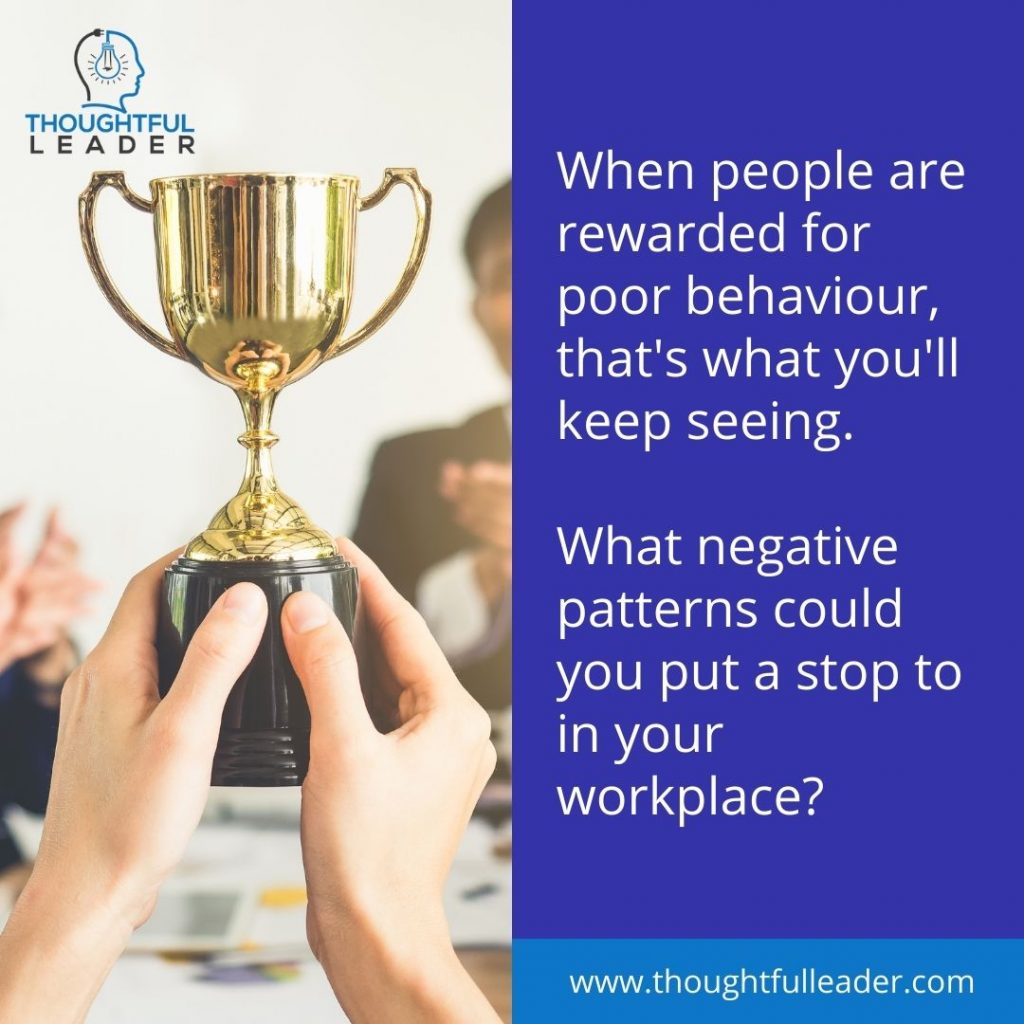 How Can You Put a Stop to Negative Behaviour Patterns?

You might not have been involved in the negative behaviour. It might have even been present when you started in your role.

So what to do? You could stand by and let it continue. In some cases, it might not be disruptive enough for you to really care about.

However, if negative behaviour patterns are causing your team stress, frustration and worry, then it might be time to say “enough is enough”.

Next, I’m going to walk through some simple steps to see if you can start to tackle the negative behaviour patterns that are important for you.

It’s worth remembering that some patterns of behaviour are big, impacting your entire organisation from the CEO down to the front-line worker. Others might be smaller, just confined to your team or a problematic colleague.

The steps to change big or small behaviour patterns are much the same, in my experience. It just may take more persistence and effort to make the change happen.

The first step is the easy part. You need to work out what behaviour is bothering you, or your team. Focus in on the specific actions or processes that are playing out which are causing a problem.

Next, it’s time to answer an important question:

“What is most important about this situation?”

If another manager is dumping work on you at the last minute, you might feel as if the issue is that it causes you or your team to work late.

Or, the problem could be that this last minute work is causing you and your team to look bad. As if you’re not coping with the workload and you’re always running late.

Which of these is most important? The work-life balance angle, or the perception of your credibility?

The reason this matters is because it helps you to understand the “why”. The why will be very important for you when it comes to putting a stop to the pattern of behaviour.

Step 2. Name the Negative Behaviour Pattern and Talk About It

I often work with leaders who feel stuck in difficult situations. This is natural, because the working world can be chaotic and political. 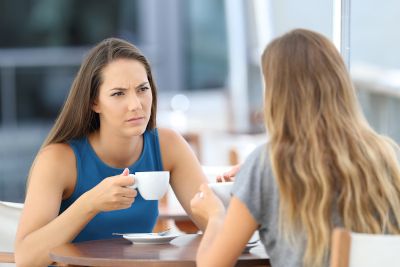 However, these leaders may suffer in silence, accepting their situation as unchangeable or impossible.

This often means that nobody is speaking about the problematic behaviour patterns that have emerged.

Instead, everyone just goes with the flow. Sure, they don’t like the patterns, but they learn to live with them.

To put a stop to these nasty patterns of behaviour, we need to name them and speak about them.

So who should you speak about them with? It depends.

It could be your colleagues, your boss or your team, depending on the nature of the problem.

Speaking about negative behaviour patterns raises awareness of the problem and lets people know that you are concerned. It also helps you to assess the level of support you may have for making a change.

You may need to have some uncomfortable conversations. They’ll take courage, but are often a necessary part of the process.

Don’t Assume That People Know This Is a Problem

I once worked with a leader who was struggling with his team’s workload. Senior leaders from other parts of the business would dump work onto his team without communicating with him first.

It was a difficult situation, because these senior leaders had more power and authority than he did. This made it difficult for him to push back.

During our work, I asked him whether his own manager knew about the situation. He responded that he hadn’t discussed it with him. Then we pondered the possibility that his manager didn’t even really know about the problem at all.

After all, his manager had concerns of his own, and wasn’t focused so much on my client’s team. Instead he was focused on his own challenges.

When my client was able to have that discussion with his manager, he enlisted his help in solving the problem. Without saying anything, his boss was simply sitting there thinking “No news is good news”.

Step 3. Develop Processes and Systems to Counter the Problem

An important step in sustainably solving an issue with negative behaviour patterns is to systemise the solution. In other words, you need to create a new way of operating which people can follow and get on board with. 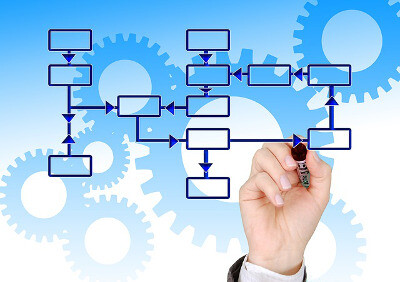 For example, you might introduce a ticketing system for people to submit work to your team, rather than just receiving them by email or an informal conversation.

Or, you might set up regular meetings to maintain oversight of a project or process, so that you can understand progress and problems with the work as it’s being completed.

You might need to introduce Service Level Agreements (SLAs) which state how much time your team needs to complete their work. Often these are used in the IT industry, but they are simply an agreement between stakeholders to set expectations and can be used in many situations.

Sometimes a good way to help to stop a negative behaviour pattern is to take measurements.

Measuring how long things are taking, and reporting or tracking who is following a process (or not) can be great ways to raise visibility of any issues, and make any discussions less subjective.

People will keep doing what they can get away with. Increasing the visibility makes it harder to get away with things!

Systems and Processes Are Not Just For Workload Problems

Systems and processes might sound like they are only a solution for workload issues, but this isn’t the case.

Let’s imagine that there is a problem with people playing political games in your area of the business. Instead of submitting their ideas for new projects via a formal channel, they go and speak to their favourite executive and convince them of their great idea.

Then all of a sudden, they get their project approved, while yours is still waiting. A more balanced way to decide on new projects might be for them to be formally submitted to some sort of prioritisation meeting.

Anything that doesn’t go through the formal channel isn’t part of the discussion. Of course, this process will take work to implement, but it can form part of cutting down negative behaviour related to biased project approvals.

Consequences Are an Important Part of the Process

When you’re introducing any sort of new process or way of working to cut out negative behaviour patterns, consequences are key.

Why would anybody change their pattern of behaviour if they can continue to get away with what they are currently doing?

What happens when someone continues to engage in a negative pattern of behaviour, even when it has been made clear that it isn’t acceptable? If the answer is “not much”, then you have an issue.

Some examples of consequences can include:

There are many options for introducing consequences. The most important part is that they exist when people are engaging in negative patterns of behaviour.

Now that you’re choosing to tackle a negative behaviour pattern, it’s time to communicate with important people who need to know about it or help you stop it.

You might need to negotiate a process change or a new way of working that raises visibility of dysfunctional behaviour. You may also need to discuss the reality of the situation, which is that people can’t keep working the way they were before.

An important part of this is helping people recognise that they need to stand firm on holding people accountable to the new way of working.

To help you do this, go back to the “why” that you discovered earlier. If you can frame this in a positive way for the people you are engaging, then you’ll see the most powerful impact.

While you’re trying to remove negative behaviour patterns, always remember the positive outcome that you are trying to achieve for yourself, for others and the organisation. This will help to strengthen your resolve and keep you moving forward. 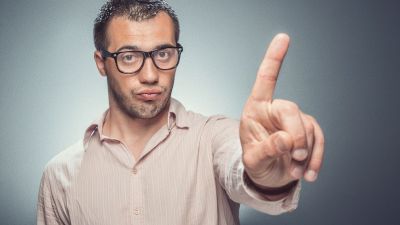 However, some people will persist with bad behaviour, to see if they can keep “beating the system”.

This makes it extremely important to be able to stand firm, reinforce consequences and make it clear that negative behaviour patterns are not OK.

Gathering allies to help you to stamp out negative behaviour is critical. The more people you have on your side, the better you’ll be able to reinforce any processes or standards that help to drive it out.

This is not about stamping out individuality or being a dictator. This is about stopping negative behaviour patterns that are causing distress to others, or compromising the organisation’s ability to succeed.

If you see people continue to fight against a change you introduce to solve negative behaviour, this might be a sign that there are other important factors at play that may have been overlooked.

Negative behaviour patterns exist to some degree in all organisations. However, you don’t need to tolerate them, and the most toxic of work environments are those where they have become normal.

If you’ve had enough, maybe you can start to introduce a positive pattern, rather than a dysfunctional one.

Have you seen poor behaviour patterns at play? What impact are they having and what could you do about them? Share your experience with me and all the thoughtful leaders below!