Leading Former Colleagues Can Be Tricky. Try These Tips 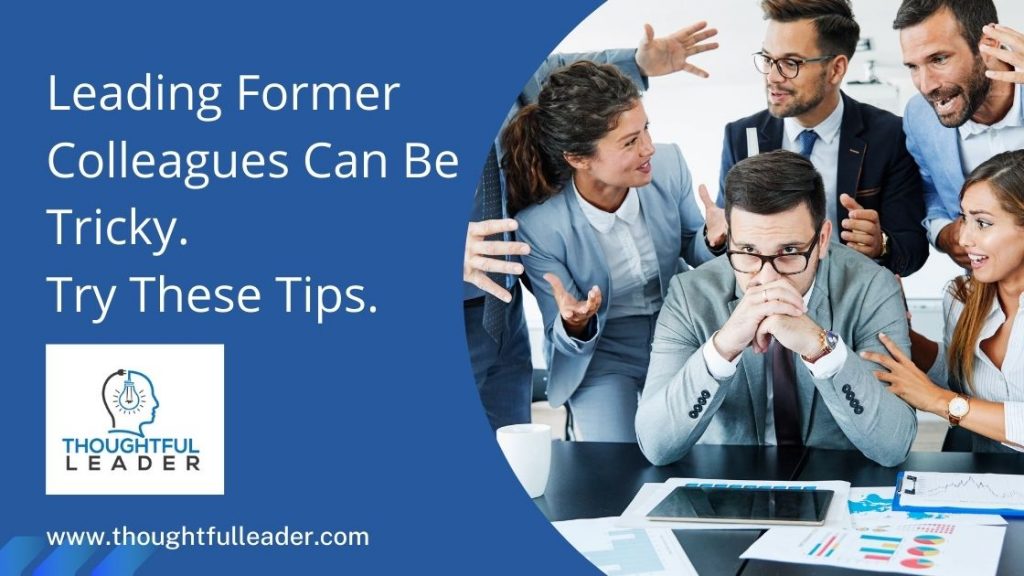 Leading former colleagues can be a real challenge for many leaders. It might be that you’ve been newly promoted, or that you are taking the lead role on a project that requires their help.

Whatever the case, it can be a tricky situation, because you used to be one of them. One of the gang. A colleague who was on the same level.

But now, you’ve been elevated to a level above and you’ll need to lead them.

The Struggle Going From Former Colleague to “The Boss”

The transition to leading former colleagues can be hard, because there are likely to be strong emotions at play.

Before, you were just part of the team, then someone put you in a position of authority. This would normally be a great thing, a nice step up. But in this situation, it can instead feel quite daunting.

Here are some of the things your former colleagues may be feeling:

It’s worth remembering that it is entirely possible that your former colleagues may also be happy for you, which is usually easier to deal with!

This is great, but it may still not completely erase the conflicted feelings that you may have when you’re leading former colleagues.

You may feel some guilt about being “unworthy” compared to your peers, and this can be natural too.

How to Make the Transition to Leading Former Colleagues

It won’t be an easy transition, but a step up into a leadership position can be a great opportunity, so ideally we want it to be as painless as possible.

Here are some simple ideas to try, if you find yourself in the situation where you need to start leading former colleagues.

1. Settle Your Own Mindset 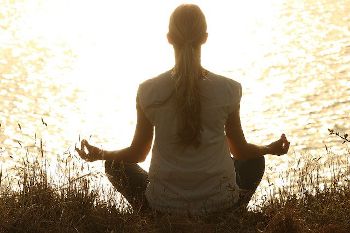 It can feel daunting to be in this situation, wondering how your former colleagues are feeling. However, I feel it’s important to settle yourself before heading into the new role.

Something to keep in mind is that just because other people may feel upset, it doesn’t mean it’s your fault.

It also doesn’t mean that you aren’t worthy of taking the step up.

It doesn’t mean that other people are justified if they criticise your elevation to a new level.

If you go into the role feeling guilty or undeserving, you may be apologetic or tentative which can reduce your ability to lead effectively.

2. Resist the Temptation to Take Charge Too Hard

Sometimes when leaders are put in this situation, they feel compelled to assert their authority. To make it clear to their former colleagues that they are now in charge.

It can be tempting to try to send a clear signal that things have changed. Before you were a peer, but now you will be leading your former colleagues instead.

This type of response can make you appear insecure. Just because you are taking on a leadership role over your peers, does not mean you have changed overnight. You’re the same person, in a different position.

Also, this type of overcompensation can create greater friction in the team, because people may see you as trying to assert your dominance.

If people were a bit annoyed at your promotion before, then this approach could really push their buttons unnecessarily.

You are still “the boss”, but you ask for input and feedback from your team, instead of simply pushing your own opinion all the time.

Keep the communication lines open, so you can continue to build trust and rapport, even in your new position. It’s not good suddenly becoming “the boss” and then cutting out the people who used to be your team mates. 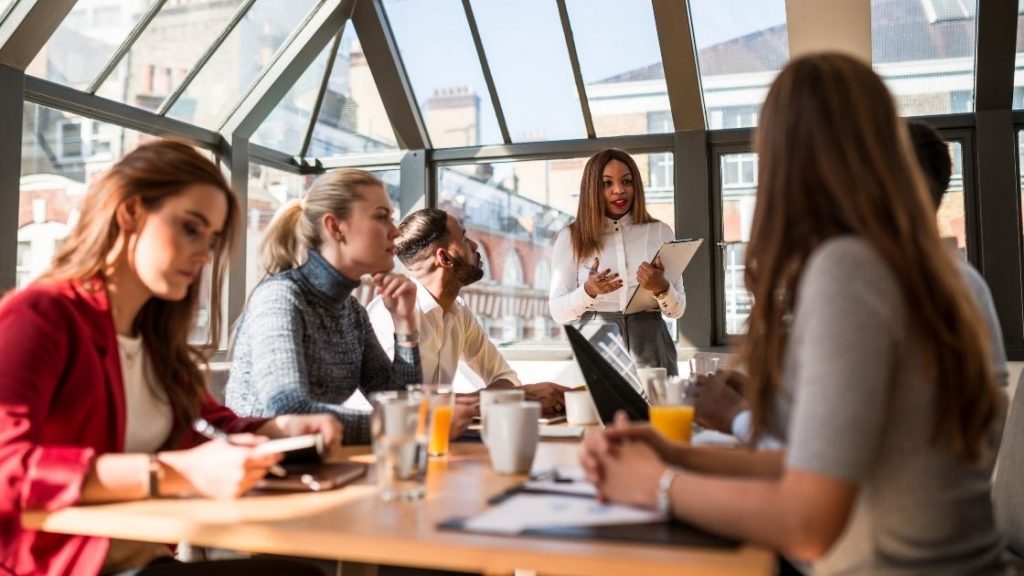 This does a few different things. Firstly, it provides you the opportunity to use the input from your team to make better decisions and take better actions.

Next, taking input helps your former colleagues feel included and valued because they are able to share their perspectives.

And lastly, taking an inclusive approach can make you appear more self-assured, secure and confident, because you aren’t focussed on trying to appear like you have all the answers.

You’ll likely seem like the “bigger person” because you’re putting your ego aside and leading in a way that’s good for the team, not just for you.

In your former role, there were probably a few people who you liked the best. You had the closest relationship and tended to have close discussions about what was going on at work.

Now, things have changed. Having these discussions with someone who is now a team member may not be as appropriate. You may be seen as playing favourites if you maintain these relationships in the same way as when you were a peer. 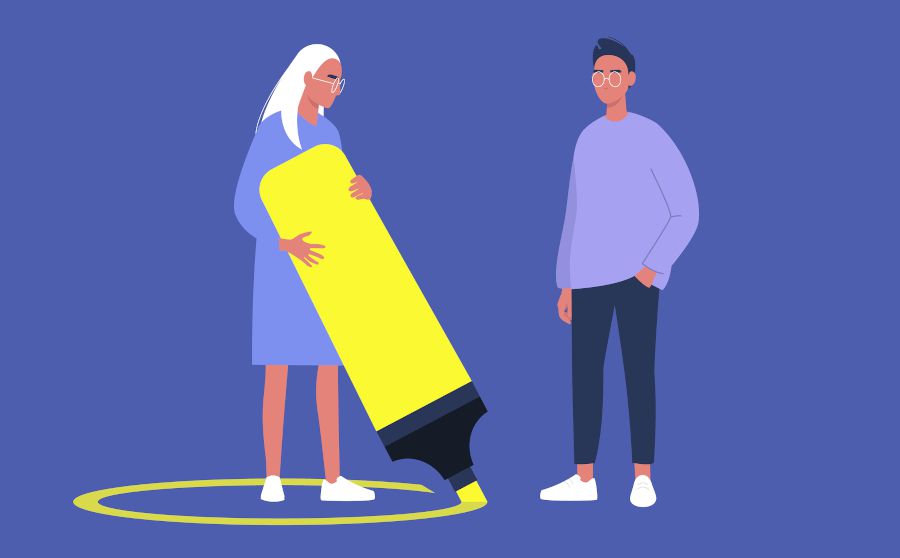 It’s a tricky balancing act, for sure. On the one hand, you don’t want to “freeze” people out who you used to be close to. On the other hand, maintaining the same relationship may not be a great idea either.

It can be helpful to set expectations with your closest peers about the change in dynamic, and the differences in the way you might need to communicate going forward.

Clear boundaries are now needed, where they might not have been before. This might ruffle a few feathers, but hopefully people will be understanding when they can empathise with your new position.

5. Show Persistence and Monitor the Scene

Sometimes it can take a little time for a leadership change like this to “sink in”. People need time to adjust, particularly if there are strong feelings associated with the change.

When you take the step up, it’s a good idea to take notice of the reactions of your team as you transition into your role. 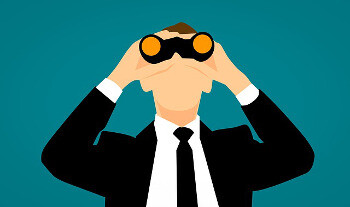 Some may be supportive, and others may show a little resistance. It could take some time for them to become comfortable with the changes that have happened in the team.

If you’re noticing resistance, standoffish or disruptive behaviour from a former colleague, it can be beneficial to clear the air by directly discussing and acknowledging the potential discomfort for the team.

This can open up the opportunity for a conversation to occur, where team members can air their grievances and issues. You don’t necessarily need to provide solutions or apologise, but even acknowledging the situation can be helpful.

If the situation doesn’t “simmer down” after a while, then it might be time to head to #6.

If a problematic attitude or behaviour is starting to cause problems, it’s best to tackle it sooner rather than later, especially if it is causing disruption to other team members.

It won’t be easy, but you’ll need to potentially have a challenging conversation with your former colleague, if you’re going to resolve the situation.

Keeping a calm, level-headed demeanour is important. It can also be helpful to provide rational explanations and not try to shut down the problem like you’re exercising your authority too hard.

However, the important part is that team members know that ongoing bad behaviour won’t be permissible, which could lead to further warnings or formal consequences down the track.

It might be an awkward situation, but this doesn’t mean you can let bad behaviour flourish.

Leading former colleagues can certainly be awkward and at times, difficult. However, sometimes you’ll need to work through a challenge like this to take advantage of a good leadership opportunity.

A mature, calm and measured response is often the best way to make progress. In no time, your former peers will adjust and the friction will hopefully be a thing of the past.

Have you ever had to start leading former colleagues, when originally you were one of the team? What happened and how did you manage the transition? Let me and all the other thoughtful leaders know in the comments below!