By Ben Brearley BSc. BCM MBA DipProfCoaching|2022-03-05T14:44:59+08:00March 2022|Communication|CLICK HERE TO GET YOUR FREE PEOPLE MANAGEMENT CHECKLIST
Share this post with other Thoughtful Leaders! 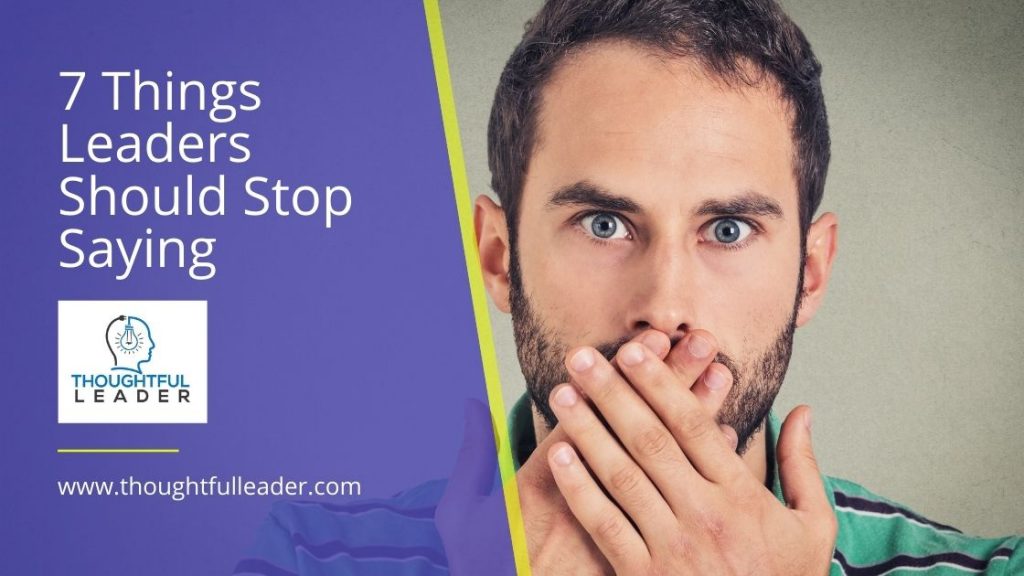 What you say as a leader really matters, because your people are listening. Even if you don’t feel like it, you’re a role model. Therefore, it’s important to avoid using leadership phrases that will lead you and your people down the wrong path.

In this article, I’m going to take a look at some leadership phrases that I recommend avoiding based on my experience leading teams and coaching leaders.

Do any of them look familiar? Or do you have any more to add to this list? Let me and all the other thoughtful leaders know in the comments below the post.

One of the most common leadership phrases that I hear in the workplace is that leaders “don’t have time” to do something. 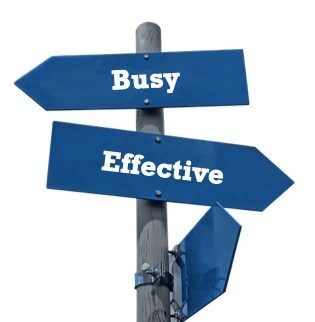 When a leader says they don’t have time, it implies that if there was more time, then they’d take action.

The simple reality is that if it was really important, it would be a priority and you’d make it happen.

What is really happening here is that you’re making a decision. The decision is that something else is more important than what you’re skipping.

When we say we don’t have time, we are blaming the world for our inability to take action. We’re playing the victim card.

We can’t do everything, so we should own our choices. Why not simply state that something is “not important right now”, rather than pretending it is?

At least then people know where they stand, and won’t live in the false hope that one day, you’ll have the time to take action.

Learn More:  Too Busy at Work? Try These 5 Things.

Perhaps it’s the boss not approving your holidays, or hating your idea for improving the department. Maybe we assume that there is not enough money to hire somebody or start a new project.

When we convince ourselves that there is no point even trying something, we’ve already lost before we even got started. 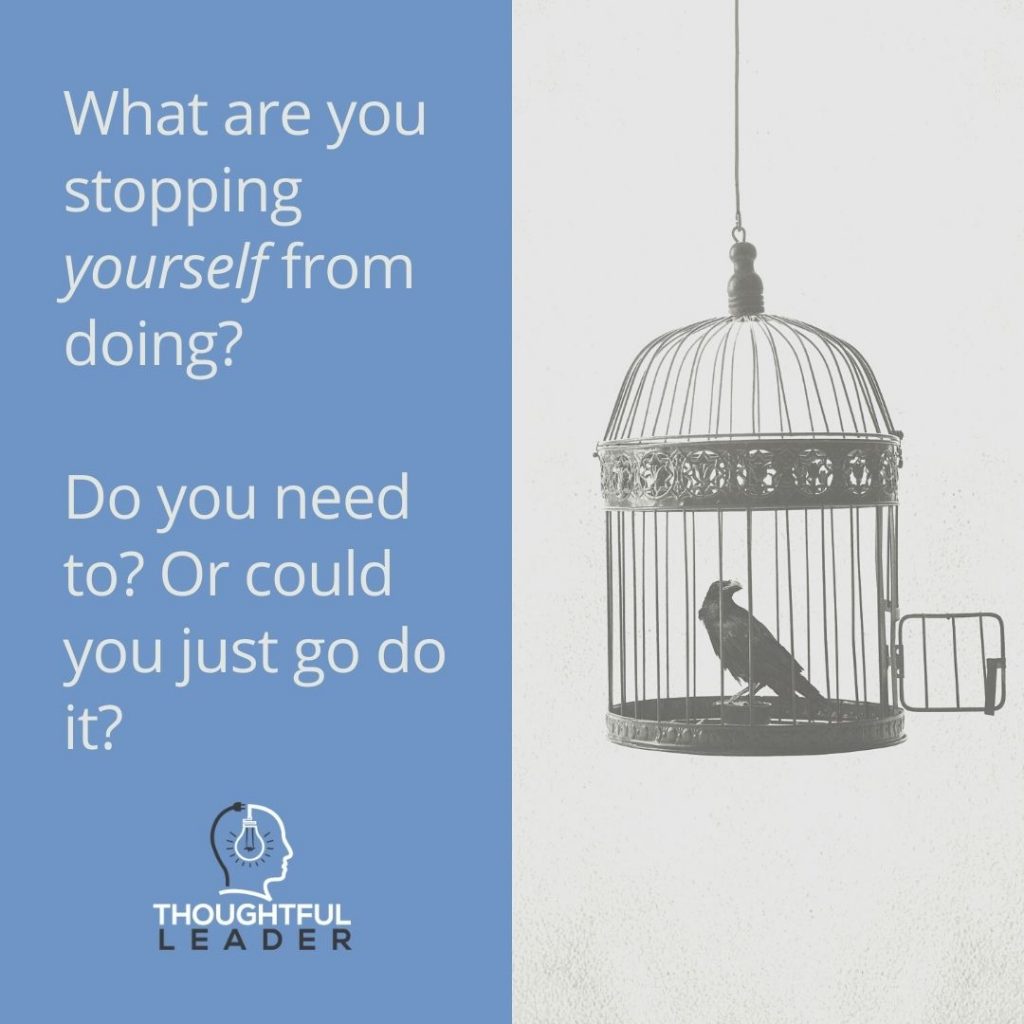 Instead, there is an opportunity to ask for what you want, or to negotiate a successful outcome. Sure, you might not get everything you ask for, but you just might get more than what you have now.

I once coached a leader who was swamped with work and lamented that his boss wasn’t helping him with his workload. When we discussed this further, it became clear that his manager wasn’t necessarily aware of all the work he had on his plate, because of the complexity of the working environment.

Often the first step is to ask.

Another of the potentially damaging leadership phrases that I hear is when leaders make assumptions about what their people can or cannot do.

When a leader assumes that someone is not capable, it can be extremely damaging for motivation. Some team members will fight to prove you wrong, but others will go into their shell and never come out.

Don’t count your people out before they have a chance to show you what they can do. You never know, with the right support, they may just surprise you. 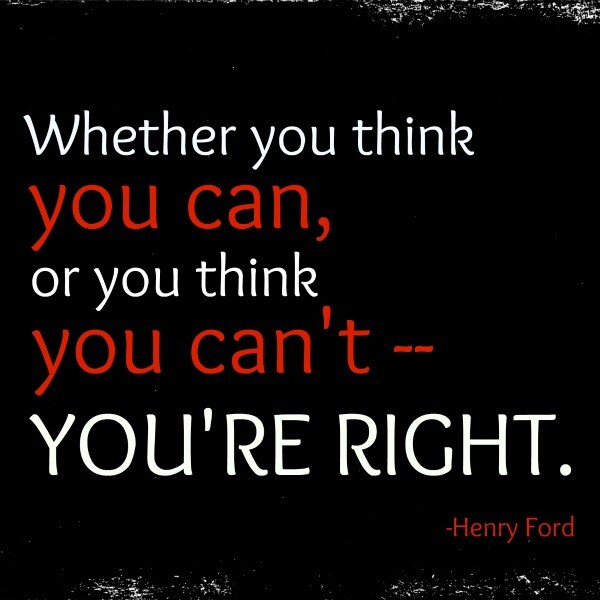 The old saying goes that if you want something done properly, you should do it yourself.

While this can feel like safe and sound advice, it can be problematic for leaders and teams.

The problem with this leadership phrase is threefold:

Beware the temptation to jump in and solve other people’s problems. You may be doing more harm than good.

Leadership can be lonely. It’s quite common for leaders to feel as if they’re “going it alone”, but the truth is, sometimes they create this situation for themselves. 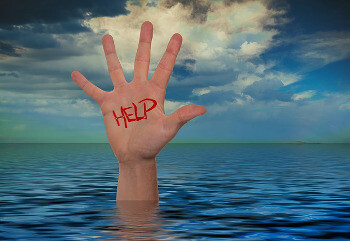 Many leaders have been conditioned to believe that asking for help is a sign of weakness. But understanding where you need support can be the difference between success and a spectacular failure.

The highest performing athlete might win the event, but they usually have a heck of a lot of people supporting them to make it happen.

Don’t fool yourself into thinking that you need to know it all, have it all, or do it all.

Work out what help you might need, and see if you can figure out a way to get it.

It can feel safe to tell your people exactly what they need to do, and when. But you can see where this is heading, can’t you?

That’s right, it’s heading down the path of micromanagement.

Leaders who are fearful of mistakes are often the ones telling people exactly what they need to do. Unfortunately, this can be extremely damaging for team motivation and morale.

People who are told exactly what to do have a tendency to eventually stop thinking for themselves. Instead of questioning, investigating and working out a solution, they’ll sit and wait for you to tell them what to do.

Proactivity suffers as they become order takers. They feel as if their opinion no longer matters, and they’ll turn up to work and just go through the motions.

Be careful you aren’t stifling the thinking of your people. Even if you do know exactly what to do, it can be a valuable learning experience to let someone find the way by themselves.

Learn More:  Thoughtful Leader Podcast #21: Micromanagement and How to Stop It.

While “tried and true” processes can be useful, it’s dangerous for leaders to always stick to the same old way of doing things.

As Jack Welch, the former CEO of General Electric once said:

In other words, if you’re not improving and the outside world is, you’re going to be in danger of being left behind.

Failing to be open to change can also dampen enthusiasm in team members who want to play a part in improving their workplace.

Embarking on improvement projects can be a great way to provide your people with development opportunities, with the obvious side benefit of improving your results.

Do you have any other leadership phrases that you think should be left out? Let me and all the other thoughtful leaders know in the comments below!