Why You Should Provide Leadership Opportunities

There are many different leadership styles out there. Some leaders are directive, others are more collaborative. There is no single style that suits every situation. Sometimes you need to give people leadership opportunities before they will show you what type of leader they can be.

There is room for many different leaders within an organisation, and they aren’t all the result of formal promotions. Some leadership positions involve being in charge of a particular function within a team, rather than being “the boss”.

Many teams grow in size until you need a greater number of leaders in different areas for them to perform effectively.

Sometimes people make assumptions about who is a good leader and who isn’t.

“She doesn’t have the personality for it”

“She is too soft”

These are all statements I’ve heard about potential leaders who were never given the chance.

It’s important not to assume people are poor leaders just because they aren’t jumping up and down, stomping on other people’s throats to be the boss. Many people simply don’t work that way.

Don’t count them out without giving them a chance!

Learn More:  Risk & Reward: How to Provide Development Opportunities For Your Team.

There are people who may have great leadership potential, just beneath the surface. Not everyone is a “go getter” who puts themselves forward to get that leadership position.

Sometimes it is better to provide people with leadership opportunities, rather than expect them to come forward by themselves. This works well for introverts who are less likely to put themselves “out there” on display. 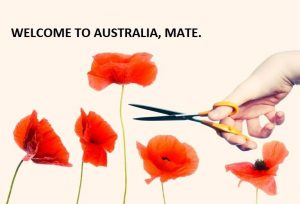 When you invite people to take on leadership opportunities, rather than expecting them to jump up and take it themselves, you can reduce the effect of Tall Poppy Syndrome.

This is because the leadership opportunity is given to them, instead of looking like they’ve stuck their head out above the pack by themselves.

If you let leaders emerge of their own accord, you may be missing out. Some leaders are introverted and not at all comfortable being the tall poppy.

Therefore, assuming that they’ll step forward and take it on by themselves often doesn’t work.

There are often people who can easily be picked as the leaders within a group. They like to take charge, make decisions and push things forward.

Then there are others who may be more collaborative. These leaders are more likely to help guide a decision than to decide by themselves.

Giving people leadership opportunities can allow different leadership styles to emerge. Collaborative, introverted leaders can be extremely effective in some situations where a directive leader may struggle.

Don’t squash the leadership potential of others before you can see it in action. Just by looking at somebody, you can’t tell if they will be a good leader.

Sometimes you need to provide an environment where new leaders can emerge. This happens by providing the opportunity to lead, rather than expecting them to carve out the leadership position for themselves.

You might have some great leadership potential waiting within your team. And you will never know their true potential unless you give them a go.

What are you waiting for?