How Effective Feedback Will Shape Your Team’s Future 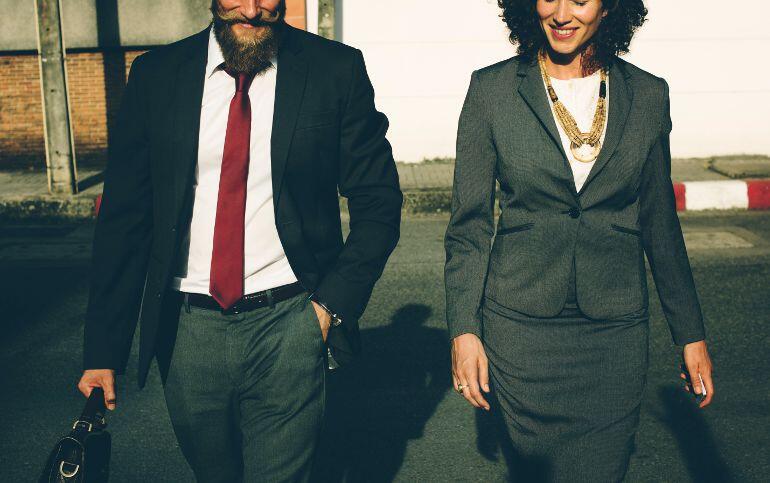 I’ve worked with many teams that have suffered from ongoing performance issues. Seemingly everyone in the workplace complains about them, but nobody does anything to fix the problem.

Because the problem has been left for too long, and now people simply say “That’s just the way it is.” Effective feedback can fix this problem. Let’s find out how.

How Team Problems Spiral Out of Control

Even seemingly insignificant team issues start to impact performance when they aren’t resolved early on. Consider Paul, one of the members of your team.

Paul sometimes doesn’t show up for meetings or respond to emails. When questioned, he says “He’s busy”. Some of the team aren’t happy with this. They don’t see Paul as a team player.

In isolation, these issues are not significant. If somebody misses one meeting, or fails to respond to one email, there are generally not going to be harsh consequences.

However, we need to look at the cumulative effect that these issues have on you and other members of the team.

Consider the chart below. You can see that the instances of bad behaviour A, B and C are not significant enough to go above your tolerance level. Not responding to an email, not showing up at a meeting – whatever it might be. 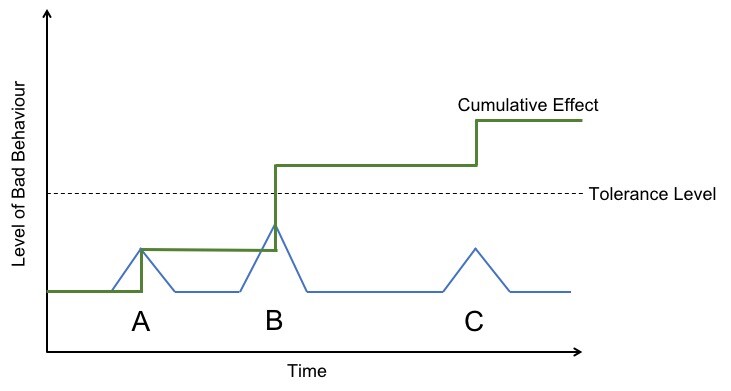 However, if one of your team members punched somebody, you can be sure that this would be above your tolerance level, and you would need to take action.

You should be careful never to forget the cumulative effect that can build from ongoing, small instances of bad behaviour. These build resentment within the team, which may cause internal rifts and damage your reputation as a leader.

One way we can stop this occurring is through effective feedback.

What Effective Feedback Is

Timely feedback is provided to people soon after the event. Not weeks or months after, as they will not remember or care.

“If it was so important, why are you waiting a month to tell me?”

Specific feedback points out a specific behaviour or event that occurred, that you want to use to shape team behaviour. It isn’t general. “You are not a team player” is not specific.

“Yesterday when Sarah asked for help, you told her she was stupid” is specific.

Focused feedback is targeted at a single objective. It doesn’t roll multiple issues into a single discussion. It doesn’t dilute the issue by giving a compliment as well as a punishment (avoid the compliment sandwich).

Use Effective Feedback for Course Correction 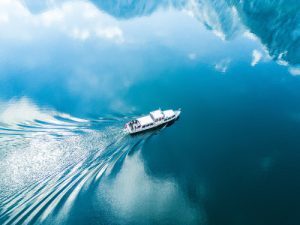 Like on a ship, you need to gently correct your course so that you don’t end up in the wrong place.

Instead of waiting until you have a big behaviour problem, address it quickly. When you address small issues fast, they are easier to approach.

If you leave it too late, you will find that it will be far more uncomfortable and become a difficult conversation.

Effective feedback helps you to set expectations. But never forget that setting expectations before you have an issue is an even better option!

When you consistently set expectations through effective feedback, your team knows where they stand. If you are not clear on what you expect, or deliver the message inconsistently, then your team are rightfully going to be confused and anxious.

Don’t let that happen. Use effective feedback to correct your small issues, before they become big problems.

Have you used effective feedback to avoid team issues? I’d love to hear about them – leave a comment below!