Handling Conflict in the Workplace: What’s Your Style? 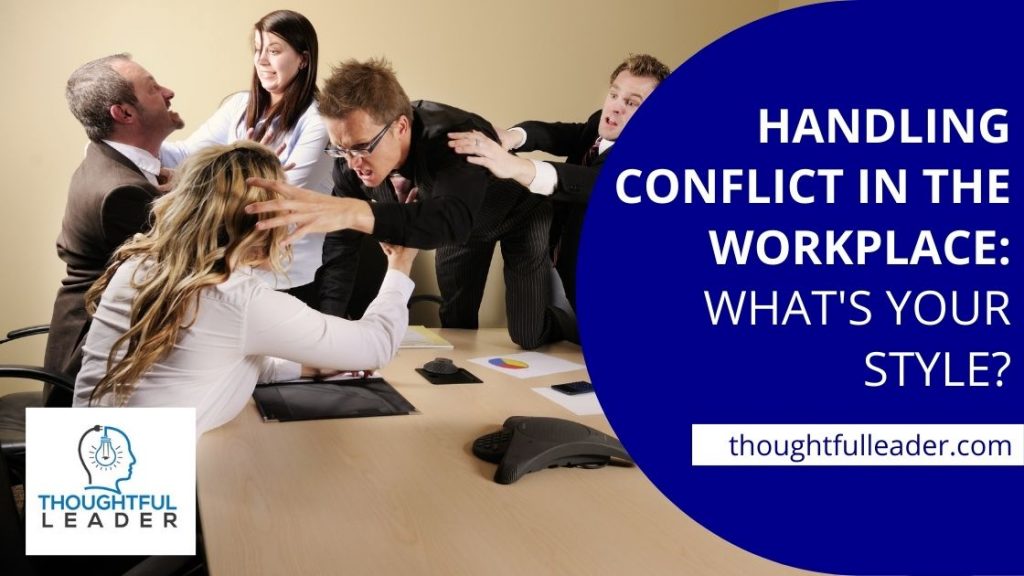 Workplace conflict results from any situation where people disagree or are striving for competing goals.

There are clearly a number of approaches to handling workplace conflict, so let’s look at their benefits and drawbacks.

1. Handling Conflict in the Workplace: Avoidance

Some leaders choose to handle conflict in the workplace by avoiding it altogether. But is this really handling it at all? 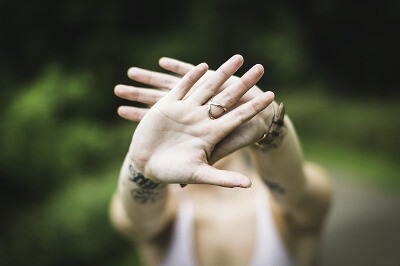 Believe it or not, I’ve seen this work before, where a leader has simply avoided situations where conflict would occur. This only works when the other person is too busy to concentrate on the issue, so they stop pushing it.

Some leaders will make decisions without consulting others, to avoid the conflict that decision-making can bring.

For smaller decisions within your own team this may be OK, but making decisions that affect other people is a significant risk.

Avoidant leaders go about handling workplace conflict by taking action and hoping that others won’t put up a fight.

Avoidant leaders are usually those who dislike conflict the most. They will ignore emails, avoid meetings or issues that will involve conflict. They try to push on until other people decide it’s not worth the trouble and simply give in.

Related: Conflict Avoidance Destroys Leadership. Learn How to Fix It.

How an Avoidant Leader Impacts Their Team

The major problem for a team with an avoidant leader is that conflicts within the team may remain unresolved. Avoidant leaders often won’t tackle conflict in the workplace head-on. This results in frustration from team members who are keen to solve issues.

If an avoidant leader fails to confront conflict outside the team, they may force the team to do work that doesn’t align with what others are doing. This can be demoralising when all the work that a team does turns out to be for nothing.

2. Handling Conflict in the Workplace: Dominance

Other leaders go about handling workplace conflict through dominant behaviour, aimed at striking fear into the hearts of their enemies.

Dominant leaders often use strong, intimidating body language and direct words to get their point across. The intent is to frighten others into doing what they want. 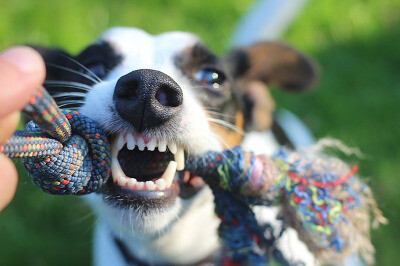 Dominant leaders don’t actually want to be challenged. While they may appear to love conflict, they actually just want others to do what they say without question.

After dominant leaders set the precedent that they are scary or short-tempered, they hope that this will prevent others from questioning their actions or decisions. Many leaders who use dominant behaviour to get their way are insecure.

They don’t want other people to show them up by proving them wrong. They may also not have thought their ideas through fully to be able to defend them.

The worst situation that a dominant leader faces is a disagreement with a calm, composed opponent. Here the dominant leader runs the risk of looking like an angry, unreasonable person by comparison.

This can make the dominant leader look immature and foolish.

Related: Are You an Insecure Leader? Watch for These 10 Signs.

How a Dominant Leader Impacts Their Team

A dominant leader may not be receptive to ideas from their own team.

They may have a “It’s my way or the highway” approach. This can be frustrating for teams who want to be more heavily involved in the way their team runs. Dominant leaders are more likely to feel threatened by team members who want to step up to the next level, which can reinforce their dominant behaviour.

Sometimes a dominant leader can push through bureaucracy and obstacles for their team. These may not always be the right things, but dominant leaders can be handy for pushing the pace of change in an organisation.

3. Handling Conflict in the Workplace: Agreement 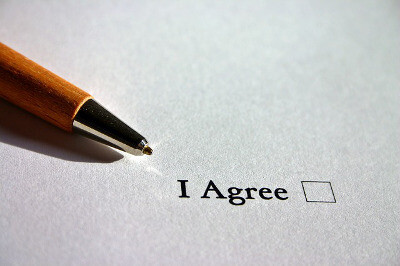 Similar to the avoiders, people who handle workplace conflict by agreeing are simply hoping for the conflict to go away. This is the stereotypical yes-man or yes-woman. These leaders will say yes to anyone who is in a dominant position – perhaps their boss or customers.

Agreeing to everything is clearly a recipe for disaster, because sometimes you need to say “No”. Failing to push back on others is one of the primary ways that you overwhelm yourself and your team.

This also may result in doing things that you don’t actually agree with or believe in. This can cause you to experience emotional labour which can lead to burnout.

How an Agreeable Leader Impacts Their Team

A leader who agrees with everyone can be an extreme source of frustration for their team. This is because they are more likely to go about handling workplace conflict by removing it completely through agreement. This can lead to agreement to approaches the team disagrees with. Or perhaps taking on so much work that everyone becomes stressed.

Additionally, if there is conflict within the team itself, an agreeable leader may find it very difficult to choose between the various opinions for fear of disappointing somebody. This can lead to frustration from the team as they lose respect for the non-committal approach.

4. Handling Conflict in the Workplace: Collaboration

Collaborative leaders will seek out other opinions and will try to compromise when there is conflict. In many situations, this can be a great approach. People feel as if people are hearing their opinions and they have real input.

One downside for collaborative leaders is that they may suffer from asking for too many opinions. Instead, they should push on with getting things done. 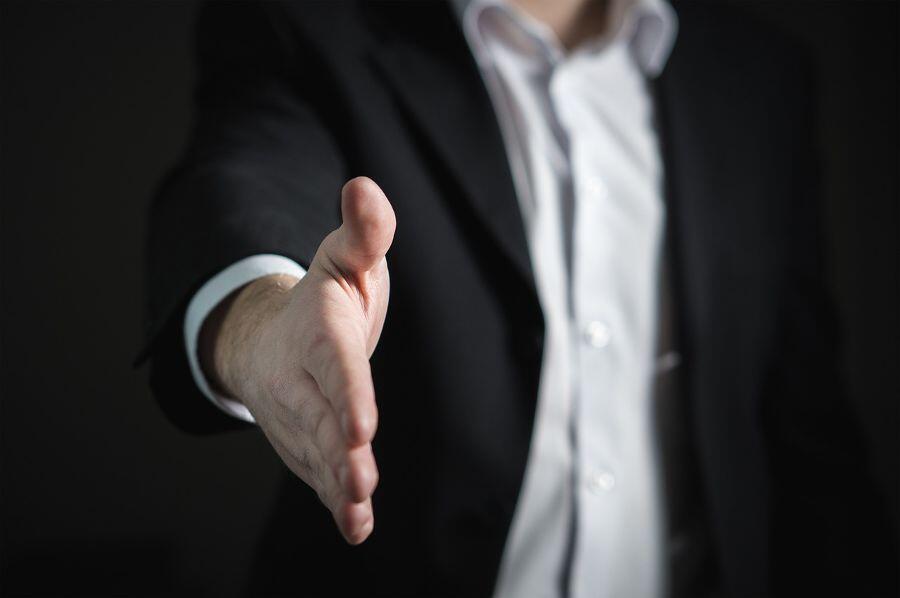 How a Collaborative Leader Impacts Their Team

Collaborative leaders can be great for team morale because they like to involve people in decision making. This can have the benefit of helping team members to “step up” into having higher responsibility.

Some teams may get frustrated, however, if their leader is consistently asking for opinions instead of getting started with something. Some team members don’t respond well to a collaborative approach when they prefer a leader to make decisions.

Related: How Leaders Can Improve Collaboration in the Workplace.

One thing is for certain, however. The style you use can impact the functioning of your team and how satisfied they are with your leadership. It’s definitely worth taking the time to think about how your style is affecting your stakeholders and your team.

What do you think? Have you seen other approaches to handling conflict in the workplace? Leave a comment with your stories below!