Conflict Avoidance Destroys Leadership. Learn How to Fix It. 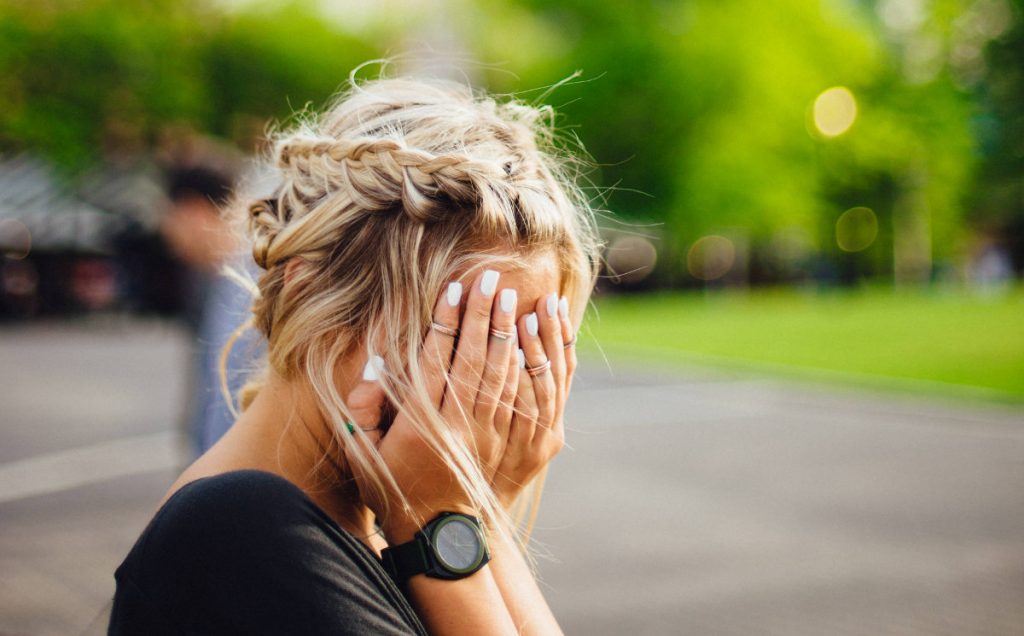 Unfortunately, conflict is a part of every workplace.

Wherever you have people, you will have different goals and aspirations. At some point, somebody will want to do something that conflicts with what somebody else is trying to achieve.

Enter leadership. Leaders are responsible in large part for managing conflict in a workplace. Some leaders like conflict, enjoying the battle. Leaders who practice conflict avoidance are at the other end of the scale.

Generally, people believe that reducing workplace conflict is good. Working in a place where conflict is common can be quite draining. Of course, some conflict is often needed to get things moving.

Most people would choose to avoid conflict because it’s uncomfortable. However, conflict avoidance can have a bad impact on a team. Let’s look at the reasons why.

Many decisions have an upside and a downside. Decide one way and you make somebody happy, while somebody else feels upset. Leaders who avoid conflict struggle to make decisions that will negatively impact other people.

An inability to make decisions can cause all sorts of issues. Work takes longer as people wait for the outcome and people start to see the leader as “weak”.

The worst outcome occurs when there is no decision made at all. Conflict avoidance may cause leaders to delay decision making until things “sort themselves out”. This can result in people taking matters into their own hands because no direction has been specified. 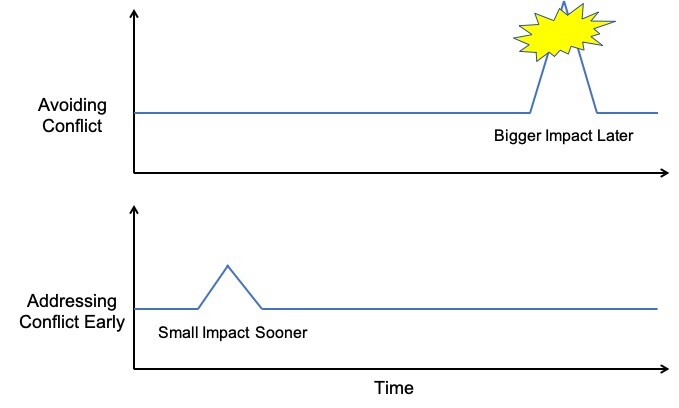 Decisions involving promotions, pay increases or other perks are difficult for leaders who avoid conflict. Consider a team in which there is a need for an additional sub-team leader to take charge of a certain function.

Several people may be suitable, but ultimately, there is only one spot available. Conflict avoidance may cause leaders to decline to promote anybody into the position for fear of upsetting someone.

What happens in this case is that everybody is upset, rather than just the one person who may miss out on the promotion. In effect, the conflict avoidant leader has penalised her motivated team members, removing the chance for anybody to progress their career.

Bob is speaking to Mike about a particular course of action.

Mike, I think we need to push through with the council approvals before we start looking at staffing.

In another meeting, Mike is speaking to Tracy, who has a different point of view.

We really need to look at our staffing arrangements for this job – make that your top priority please.

Now Mike is taking the directive of Tracy. Does he tell Bob about it? This would result in conflict, so he avoids it.

Eventually, when Bob finds out about this, he’s going to be annoyed. This may even create more conflict than would have occurred in the first place, if the whole issue had simply been addressed earlier.

Sometimes raising the conflict early avoids issues down the track. This is far better than changing direction whenever the wind blows.

Tip: If you avoid conflict, struggle to say “No” or are unable to push back on unreasonable demands, Thoughtful Leader can help. Check out the Managing Upwards eBook, for tools and techniques to build confidence and help you say “No”. You and your team deserve better… try the eBook today.

How Do Leaders Start to Embrace Conflict? 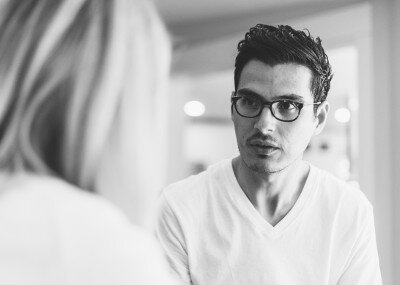 Nobody wants to work for a leader who loves conflict. However, managers who avoid conflict can also be damaging for productivity and morale.

You may notice conflict avoidance in your personality. It’s important to be aware of this and to think about the impact that this is having on your team and your colleagues.

If you notice that you sometimes avoid conflict, try the following:

1. Reframe conflict as something that is constructive.

I love “constructive conflict”. This happens when a disagreement occurs and must be resolved to move forward. It forces people to action and pushes things along.

Also remember that conflict doesn’t mean shouting and fighting. It may mean simply having a discussion about how to resolve an issue. Conflict doesn’t need to be aggressive or angry. It is simply a differing of opinions.

2. Think about the people you are impacting when you avoid conflict.

You may be making other people wait while you delay a decision. Maybe you are stopping your best team members from getting ahead. You might even be setting yourself up for further conflict down the road by avoiding today’s conflict!

Consider the impact of what you’re doing. There is a good chance that constant conflict avoidance is damaging your reputation.

3. Involve others in your thought process.

“I’m having trouble making a decision on this. I’d love to hear your opinion on the situation.”

Get the thoughts of others, rather than going it alone and feeling like you’re all by yourself. It’s extremely helpful to get another point of view to solve difficult problems.

This can help you push forward and make effective decisions as part of a team, not just by yourself.

Have you ever seen leaders avoid conflict or done it yourself? Leave your stories in the comments below!