How to Solve Clock Watching at Work 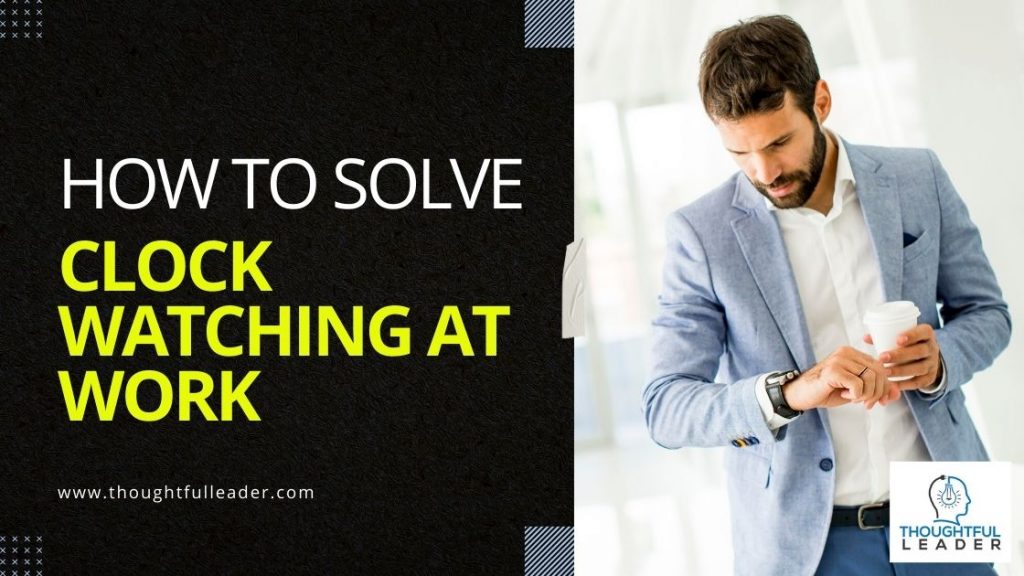 Clock watching at work is a common problem in many organisations. The term “clock watching” refers to people waiting for the clock to hit a certain time, so they can leave for the day.

As soon as the clock strikes five, they’ll leave, no matter what work they happened to be doing at the time.

There are a couple of interesting sides to this issue.

Some leaders would say that clock watching at work is a terrible problem. Others might say it’s OK for people to stick to working their required hours, and no more.

In this article, I’m going to take a closer look at this problem. And if you’re seeing clock watching in your team, we’ll look at some ways to try to reduce it.

Clock watching is generally something associated with salaried employees. That is – those team members who are paid a salary, rather than being assigned shifts which they are paid for.

Given that shift workers are paid specifically for the hours they work, it’s expected that they keep an eye on the time, and clock off when the shift is over.

Salaried employees often have a clause in their contract that says something like “will work additional hours as reasonably required”.

This clause used to make me shudder when I’d catch myself thinking “just how many additional hours are there going to be?”

Learn More:  Meaningful Work, the #1 Motivator (and How to Provide it in Your Team).

Relaxing Into the Ebb and Flow of the Working Week

It’s impossible to have *exactly* the right amount of work to fill your day. In general, you’ll find that some days are busier than others. 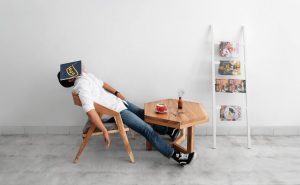 Across the week, you might need to put in more effort on some days, and hopefully less on others.

The clock is a guide, helping us know how much time we should spend at work, but work allocation will never be an exact science.

In a team, I like to see people motivated and only working longer if they are really engaged with the work. And on the flip side, I don’t want to see this every day.

We shouldn’t need people to work longer every day, because that’s generally a sign that you have a resourcing or productivity problem.

When I see clock watching at work, it makes me a little uneasy. If I’m seeing it in my team, it tells me there could be an issue. It tells me that the team members:

So what can we do about it?

How to Solve Clock Watching at Work

Here are a few ideas to help you try to solve the dilemma of clock watching at work.

On the one hand, it’s not great for people to be staying longer all the time, as you’ll see stress, unhappiness and burnout.

But if nobody ever puts in any discretionary effort to hit that deadline or solve that pressing problem, I think that can be an issue too.

1. Find Out Why People Have Given Up

Clock watching can rear its head when people have simply given up. They don’t see the point in putting in extra effort, so they run out the door as soon as possible.

The choice is simple for these team members:

“I could bust my guts trying to fix an impossible problem, or I could look after myself and go home.”

So why might this occur? Here are a few ideas:

Try to understand why your people might have given up. It’s a good starting point to trying to solve clock watching at work. 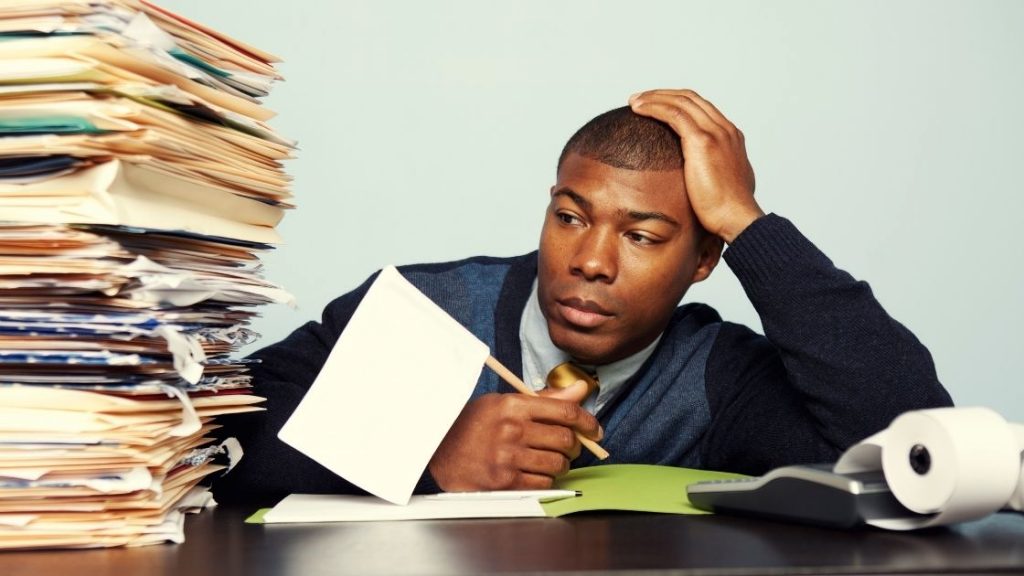 One on one conversations can be a good way to get started. Using exit interviews when people leave (with an independent representative asking the questions) can also be a good strategy.

You could also try asking for feedback in an anonymous survey, as long as you can handle the responses that might come back!

Another reason why people may be clock watching is because they may not feel any accountability for the work.

When I think of accountability, I see this as a similar concept as taking ownership. In other words, I know that it’s up to me to get the job done, and to have it done well.

If team members can point fingers, blame somebody else or offer up excuses for not delivering, there is nothing really driving them to try harder. In an environment that encourages this, clock watching can thrive. 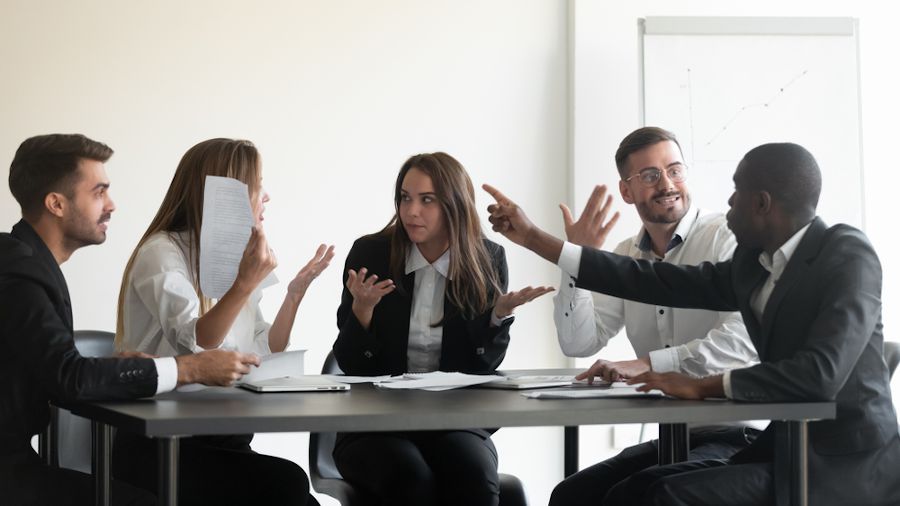 Accountability comes from setting clear expectations, providing the right support and then having some sort of consequence or reward associated with the completion of the work.

When people take ownership of their work, they’ll feel compelled to make sure it’s done well.

Accountability and Workload Are Closely Linked

I’ve found that accountability really suffers when workloads are too large, or seen as unreasonable. This links back to point 1 – the reasons why people might have given up.

A tricky problem can occur for thoughtful leaders when workloads are too large. They know they would be being unreasonable holding someone accountable to deliver on the impossible, so instead they let things slide.

Over time, the team can see that there is no way they can reasonably be held accountable, so they stop trying. The leader feels bad pushing their people too hard in the face of so much work, so they feel powerless to correct the situation.

This is another good reason to take a good look at your team’s workload, and whether you may have a resourcing problem.

For ideas on how to improve accountability in your team, try these resources:

When you’re seeing clock watching at work, it’s worth asking the question:

“Why would my team members bother to put in extra effort or go over and above?”

If the answer is “because they’re getting paid” or “because I said so”, then that’s not likely to be good enough. 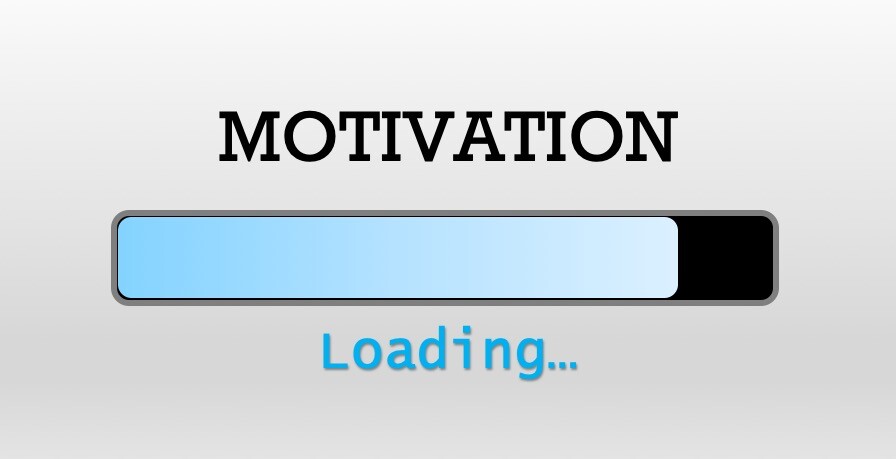 Real motivation doesn’t come from the basic rights of employment like salary, having a nice office, or even being able to work from home.

These are known as “hygiene” factors and won’t instil feelings of motivation. They’ll simply stop people from being really unhappy.

Motivation usually comes from having opportunities to grow and develop. This means the potential to be promoted, gain more responsibility, be recognised and appreciated, learn new skills or gain more experience.

If your team members can’t see these opportunities in your workplace, you’ll struggle to help them feel really motivated to put in extra effort for you.

Instead, we might just see that clock watching behaviour.

How Will You Stop the Clock Watching at Work?

Do any of these ideas resonate with you?

What can you do to reduce the clock watching at work, and have people feeling more motivated to contribute to the success of the team?