Change Leadership is Not “My Way or the Highway” 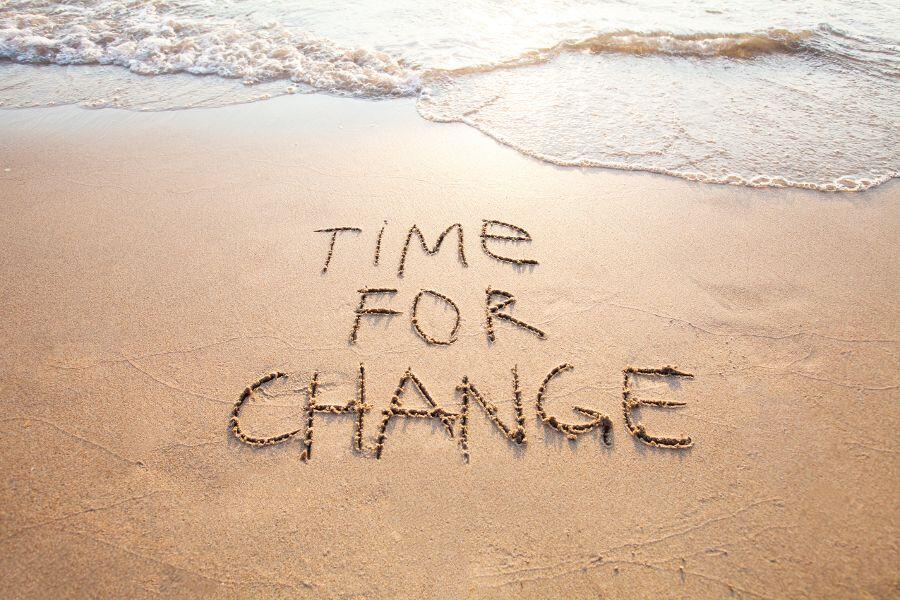 As we hear often these days, “change is the only constant” in our workplaces. In other words, companies and the people within them can’t stand still or they might not be here tomorrow.

Just look at the numerous ride-share companies that have disrupted the taxi industry. This sort of change can happen to almost any organisation with the introduction of new technologies and a society that demands access to better, faster and cheaper services.

So What Sort of Changes Are We Talking About?

Some of the common changes you might need to lead in your team are changes to structure, process and technology. Introducing new systems and processes is common these days as companies look to work more efficiently and produce greater outputs.

Sometimes, we need to restructure our teams to work in different ways, or provide new services in our teams that we’ve never had to deliver before.

Some of the hardest changes involve restructuring to cut costs, because people inevitably lose their jobs. Even if your changes don’t involve job cuts, people can feel threatened. They may feel scared that they don’t have the skills to keep up with new changes, or that they’ll need to do a different job that looks remarkably different than what they signed up for.

Change Leadership Is About Bringing People With You

Given the amount of change we are seeing in our society and workplaces, it’s natural for leaders to play a large role in leading change in their teams.

What I’ve noticed recently is that although there is an acknowledgement that change is difficult and that some people feel uncomfortable with change, this appears to be superficial.

In practice, I observe instead that many organisations say “change is hard”, but then push forward with their initiatives and assume that everybody will get on board regardless of how the change is carried out.

What this means is that leaders tend to overlook some of the basics of implementing change, which in reality is nothing more than common sense. For best results, you need to be able to bring your team with you on the journey.

This may even mean slowing down to spend more time helping the people who are struggling to adapt to the change.

When you’re trying to change something in your team, it’s common that you’ll see resistance. Resistance happens when people are uncomfortable or may disagree with the change you’re proposing.

Some leaders see resistance as an inconvenience. They know that the changes are coming anyway, driven by their senior management team, so everyone just needs to get on board.

The problem with this way of thinking is that it fails to consider the ramifications of badly implemented change. When changes are introduced badly, it is likely you’ll see the following:

The end result is going to be higher costs and unhappy people.

Is that what you want for your team and organisation?

Reframing Resistance As a Good Thing

Many leaders are in a rush to implement change. However, pushing through a bad change is likely to end in problems. Instead of seeing resistant people as “detractors” who need to “get on board or get out of the way”, we can reframe our thinking.

Resistance to change can be a great thing, because it is a warning sign telling us there is a problem that needs to be overcome. Resistance helps to hold us accountable for ensuring that we introduce the change in the best way we can.

When people show resistance, it’s worth understanding what the resistance is based on. Understanding the concerns is the key to being able to communicate and implement the change in a way that will reduce anxiety.

Putting people in a box labelled “unhelpful resistors” is easy, because then we can ignore them. But the question we really need to be asking ourselves is “Have I thought about and planned this change properly?” 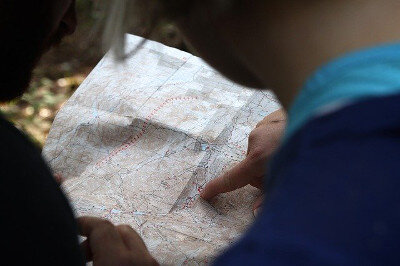 In many cases, the answer is “No”, because we’re more focused on the end result, than on bringing people along with us on the journey.

Keep in mind that even a positive change can be met with resistance, when people don’t understand it properly, or if they haven’t been involved enough.

To help with this, here are a few extra questions to ask yourself, to help you craft a better change:

A Simple Model to Help You Implement Change 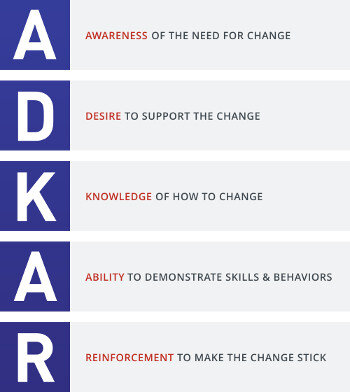 A simple, well known framework for implementing change is the Prosci ADKAR model.

ADKAR is a simple acronym which stands for:

The ADKAR model is simple, but if you step through it and have a way to address each part, you’ll have a good chance of success.

A good way to use the model is to plan activities that you will undertake to implement the change, and then allocate them to each of the parts of ADKAR. If you have failed to include activities that address one or more of the parts, then it will be worth adding more to the plan until you have them covered.

As leaders with some form of authority, it can be tempting to just push a change in, without worrying about the “fluffy” change management stuff. However, we should use this approach with caution. The lasting impact of a poor change could be felt for years.

Giving an ultimatum to your team should be a method of last resort if you want to lead an engaged group. There are several good reasons for this.

Firstly, your people have a greater awareness of their options than ever before. In decades past, we found jobs by word of mouth and in the newspaper. Now, the internet has made finding and applying for employment easier than ever. Treat your people badly and they have plenty of options to move on.

The “gig economy” is helping people earn side-income more easily. No longer do people rely on one source of income by having a single “job for life”. There are plenty of avenues for your people to try.

It’s Time to Treat People Like People When Leading Change

The age of treating people like slaves is over. People like to be involved and have a say. In complex workplaces and industries, leaders can’t have all the answers, which is why leadership is a more collaborative effort than ever before.

Involving people helps them gain accountability and ownership of the change. This means you don’t need to do the change to them, you can do it with them.

If you fail to engage the hearts and minds of your team and choose to run right over them, you’ll soon find people will lose trust and put in the bare minimum of effort, or just walk through that exit door.

Change is as good as a holiday. So let’s show good change leadership and make that holiday a good one for our teams.

What are some examples of good or bad change leadership you’ve seen? What made them so good, or so poor? Let me know in the comments below!