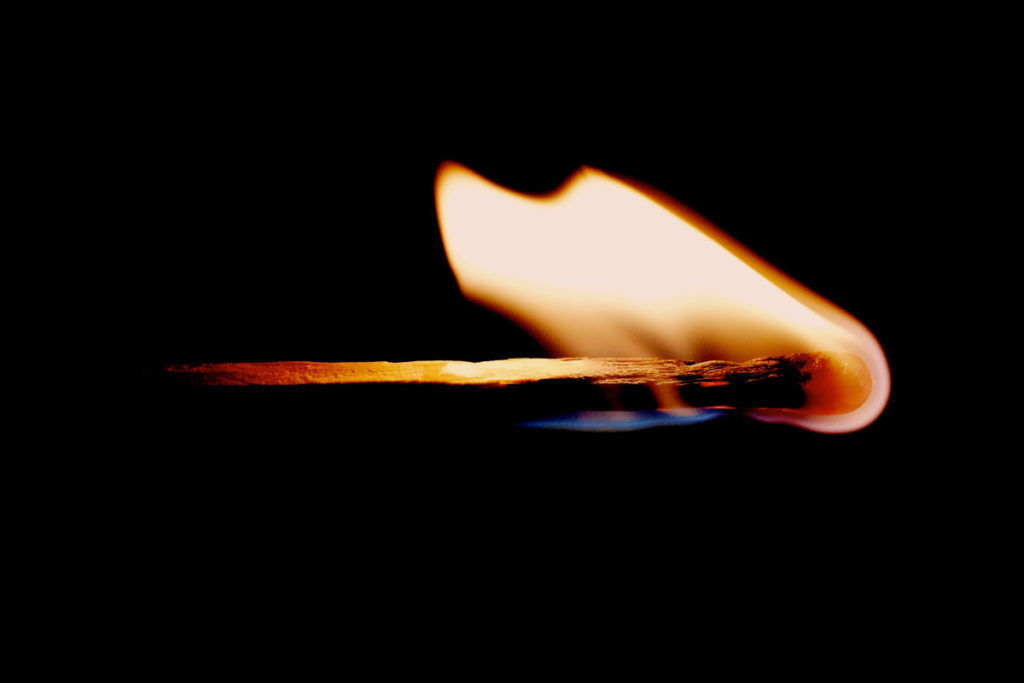 Leading anything can be stressful. Stress is a normal part of life, regardless of your job. Even if you work for yourself, you’re never completely free of stress, because you have customers to please.

Sometimes it is more than stress, which is often temporary. You work hard to do something, then the pressure stops, at least for a time. For me, career burnout was a much different proposition.

How did I even know it was career burnout? Honestly, I didn’t know. But after conferring with a few of my trusted former colleagues, that was the diagnosis. Then again, it doesn’t really matter what the label is that you put on it.

Why does this story matter?

Career burnout matters for leaders because it’s extremely hard to lead a team well when you aren’t leading yourself well. When you don’t feel good about yourself or your own situation, it’s more difficult to empathise with your team. You are more likely to experience bursts of unproductive emotion and generally, make people around you feel bad.

I don’t know how it would feel for you. For me, career burnout went like this. It started with being tasked to lead a consulting project. No problem. Been there, done that. I’d been placed in tricky client situations before, where I knew nothing and was out of my depth. I’d always found my feet and performed well.

For this project, I’d be working in a new industry, leading a new type of work. I’d be working with very senior stakeholders. The kind where if you’re not in with them, you’re out. The ones that spin you into crisis mode when you produce something that wasn’t exactly what they were thinking.

The scene had been set by one of my big bosses.

“This project has enormous follow-on potential. If we nail this, we’re in line for much bigger projects with this client.”

Pressure and a little stress. But initially, good stress, I thought. I can make a difference here. I’ll get it done and look good. There had even been talk of mid-year promotion at the end of this project. That sounded great and I was up for it.

The beginning of career burnout

The start felt just like normal stress. I looked at the scope of work that had been written, many months before. Written by somebody who had clearly never delivered this type of project. It had words in it I’d never even heard of, based on some methodology that I’d never used. I’m not saying it was bad because I’d never heard of it. It simply wasn’t suitable for the work we were doing.

However, the client had liked the sound of it, so here we were, committed. Now I had to get special people on the project just to do a unique set of tasks that weren’t really required. All this had been agreed at a time before I was involved.

The project also involved an industry expert who we would need to call upon to help. My first call with the expert was a prickly one. I only had a small budget to work with, so I needed to discuss the money aspect with him. This was insulting to such a legendary expert, apparently. He threatened not to work with us at all. Normally, that would be fine, but he had strong relationships with the key client.

I had to keep him onside and he already had me on the back foot. After the call, I realised that was probably just a technique he used to get more money. But it was clear that the person who added him to the scope of work had never talked to him to start with. They had no idea what he was expecting.

Then I discovered that the senior sponsor for the project was retiring in a few months’ time. This project was his “last hurrah”. Which meant that all of the other senior stakeholders knew that after he was gone, they didn’t need to worry about the outcomes of this project at all. Did this mean that what we were doing was pointless? It certainly felt like there was a good chance of that.

Was that a wolf howling in the distance?

Keeping the wolves from the door

Despite this, I kept it together and the project was progressing. I had some great colleagues working for me and to this day I’m grateful for that. They did what was needed and when I wanted them to put in extra effort or work late, they did it without question.

The pressure was still there though. I couldn’t find my boss anywhere. I felt unsupported and extremely vulnerable. Dealing with highly political senior stakeholders was not in my comfort zone. Still, I pushed on.

Anxiety and worry were my constant companions. At night, I’d worry about what was going to happen the next day and create rigorous plans for it. I’d think four or five steps ahead and worry about how I would achieve results if everything didn’t go to plan. I spent many hours outside of work in damage control mode. Just trying to either calm myself down or convince myself that things were going to be OK.

During the day, I felt a nagging sense of discomfort. Constantly, unrelenting. A feeling that something was about to go wrong. A feeling that a key piece of the plan would fail and everything would crumble. It was a constant uncomfortable sensation riding on my shoulder each day for several months.

I started drinking more during the week. Not to excess, mind you. Perhaps a glass of wine or two, each night. Something I usually reserved for weekends. I wasn’t getting drunk, but I was using alcohol as a crutch. It bothered me that I looked forward to it so much, even if it was only one glass. It wasn’t normal.

I’d play social sport on weeknights and find myself caring about the result, much more. Getting angrier on the court, about something that didn’t really matter. Not like me.

My team and I had spent a lot of time consulting with a range of distributed stakeholders, running long workshops and writing reports to summarise our findings. We’d tested them again and again with different groups and attempted to consult as much as we could to try to get various people onside.

Before we went to meetings with senior stakeholders, they’d know exactly what we were going to speak about well beforehand. No surprises. We held a huge meeting with around fifteen senior directors and the main head honcho, who was more senior than our sponsor. I thought it was fine, but my boss said it was “really bad”. He’d actually decided to turn up for that meeting.

My boss then decided to have a private meeting with our sponsor and run his own personal workshop. The report that we’d put together was largely useless. We needed to rewrite it, even though it was based on consultation with a wide variety of people who needed to provide input.

They came out of their workshop with something different. So we worked that into a new format and prettied it up a bit. This part of the process involved zero consultation with the wider group. Just the senior sponsor and my boss in a room. Let’s not forget that the sponsor was retiring in two months time.

This chain of events led to a confrontation with my boss. I was fed up, uncomfortable, felt vulnerable, stressed and working towards something that was pointless. A lethal cocktail of career burnout factors.

He got angry when I challenged the approach. Then I got angry. We had terse words, but then later on he glossed over this event like it was just a part of the project. Like it was just a dust-up between friends. It wasn’t. For me, it was when something in my brain snapped.

It was at this point when I realised a few key things.

My boss was not supporting me and I was in this on my own, with all the pressure and expectation. Even with my great team, I felt like my neck was on the line.

The work we were doing was pointless. There was zero job satisfaction.

I no longer cared about the promotion that was potentially coming. This was no longer valuable to me.

I was feeling stressed and uncomfortable, doing work that didn’t make a difference, in order to gain a promotion that I no longer cared about.

As soon as the project finished, I quit. That was my last consulting job.

For me, career burnout was at the intersection of three key factors, which has led me, over time, to understand the following.

Find the “why” in the work. It might not be obvious, but identify why the work that you are doing is valuable. Usually, even if you can’t find value in the end product, it might be in the relationships you build or the experience you gain. Search hard and understand why you do what you do. Keep it front of mind while you work.

Solidify your support structure. Your boss may not support you. Ask for help. Find other sources, perhaps an external mentor to bounce ideas off. Create a situation where you are not on your own. Build a support network within your organisation.

Strive for a valuable goal. To retain your motivation, you need to be striving for something of value, to you. Not to a version of you who pretends to care about money, or prestige. The real you. The one that needs to be comfortable with their life and feel content when you go home at night.

It’s taken me a few years to dismantle this experience into something I can learn from. But I’m glad I did. I’m not trying to pretend that this is the greatest tragedy ever written.

Nobody died, and things ended up fine. It’s a first world problem of course. I had food, water and shelter.

I feel like a lot of people go through these types of experiences in our working world. It’s not pleasant, so the best we can do is try to find a set of working conditions and roles that suit us better.

Now when I take on an opportunity, lead a project or run a team, I look for these three factors. You might not be able to find all of them, but if you can get two out of three, you’re doing OK. And if you can put these things in place for your team, then they’ll stand the best chance of doing well and avoiding burnout too.

But zero out of three? That could lead you down the path of career burnout.

Do you have a career burnout story that could help others? Tell your story in the comments below!