Why Leaders Need to Build Self Esteem

By Ben Brearley BSc. BCM MBA DipProfCoaching|2021-07-09T11:15:11+08:00July 2016|Confidence|CLICK HERE TO GET YOUR FREE LEADERSHIP CONFIDENCE CHECKLIST
Share this post with other Thoughtful Leaders! 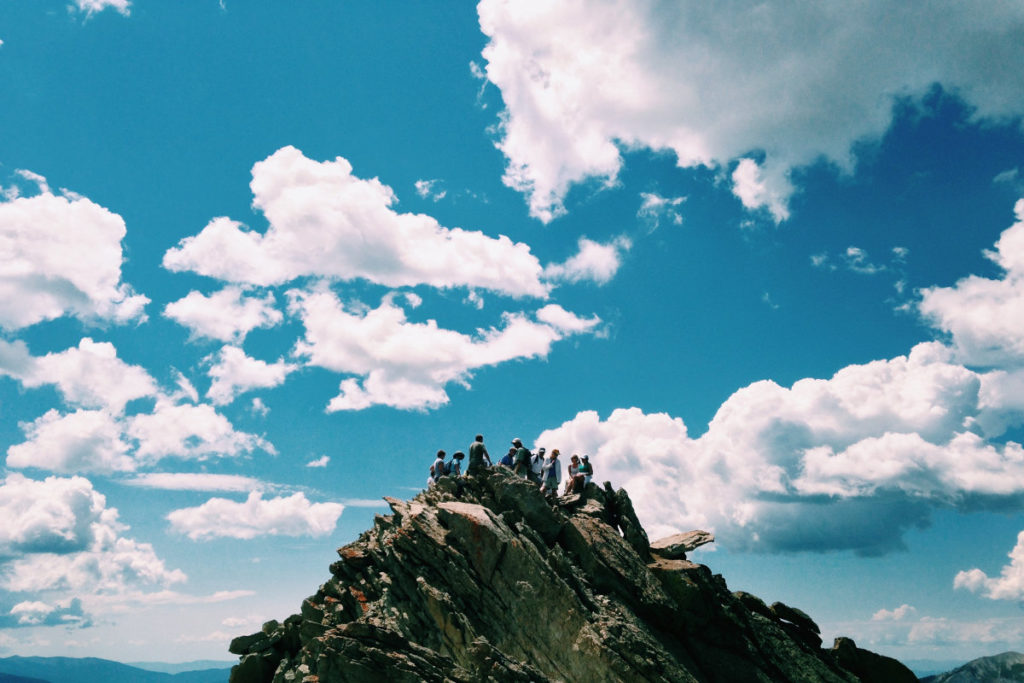 A few posts ago I wrote about the importance of empathy in leadership. In my experience, building self esteem in leadership sits alongside empathy in the most important qualities of leaders.

Self esteem can be summarised as confidence in your own abilities and a strong sense of worth. It also means self respect. It may seem that self esteem in leadership is an internal factor that would impact the leader more than those around them.

I’ve found the opposite to be true. Leaders with low self esteem show behaviour that makes it obvious they are not comfortable in their position or environment.

The leader who is always right

Ever worked for a leader who feels the need to be right all the time? These leaders will often take good ideas from their teams and pass them off as their own. They don’t like to be seen as wrong, because to them, this is a sign of weakness.

Low self esteem in leadership breeds this type of leader because they are lacking in confidence. Outwardly they may be full of bluster and bravado. However, this is often a front for leaders who see being wrong or not knowing the answer as a weakness. They feel that because they are the leader, they need to be the strongest in the team at all things.

Leaders who build self esteem know that they can’t do or know everything. They are confident in their ability to lead and manage, rather than feel the need to be a technical expert. They aren’t afraid of being seen as “weak”, because they know their value.

If they are wrong, they admit it and move on. If their team is right, they congratulate them on their effort and let them have the credit. They don’t need to win all the time.

Low self esteem in leadership often gives rise to the need for a leader to micromanage their team. This is because they fear failure so much that they try to take on all the work themselves. They don’t trust their own team, so they convince themselves that micromanagement is the only way.

What good leaders understand is that you need to give your team responsibility and accountability so they can step up and take it on. They understand that micromanagement is not a sustainable way of working. Even if a leader succeeds by micromanaging, they are likely to frustrate their team and reduce the team members’ self esteem in the process.

It doesn’t feel good when your manager won’t trust you to do the work. After a while, you start to believe that you can’t do it. That you’re no good. That you’re worthless. Then you lose the ability to step up and take on a challenge, since you’ve lost all confidence.

Personally, I would rather delegate to my team and support them than look over their shoulder at every detail while they work. If you fail, everybody learns something. If you succeed, your team gains confidence. And guess what? You look like a good leader.

One of the worst types of leader is the bully. They abuse the authority of their leadership position to keep their team members in line. They lead by fear and are often hated by their team and by colleagues around them.

Bullies need to be the top of the pack. They need to show their power and fear weakness. Low self esteem leads to bullying behaviour because the bully is trying to balance the lack of confidence they feel by showing others that they are more powerful.

Bullying leaders often like to use their power over others to show everybody who is “boss”. This signals to other people around them that they shouldn’t be challenged. However, a leader with high self esteem doesn’t mind being challenged, because she doesn’t need to be correct all the time.

She is confident in her team and her own ability so she has no need for overt displays of power. Bullying leaders often fear being wrong or seen as being weak, so they discourage others from challenging them for fear of being “found out”.

A reader recently told me about a situation where a new leader came into an organisation. This leader picked out one of his team and started openly criticising their approach in front of others. It turned out that the team member he targeted was one of the most likely to speak up and challenge him.

Since this leader lacked the confidence or capability to make these decisions himself, he started attacking the team member to show his power. After several months of this, that team member eventually left the organisation. Then the leader’s attention turned to another person and the behaviour repeated itself.

Low self esteem in leadership will produce this type of behaviour. Instead of being comfortable with somebody knowing more than them, leaders with low self esteem will try to remove those that may oppose them or “show them up”.

High self esteem in leadership makes everything better

Leaders with high self esteem don’t mind failure, because their ego can stand being wrong.

Managers with high self esteem don’t mind delegating, because they don’t need to take the glory all the time.

Leaders with high self esteem know what they offer to the organisation, they don’t need to bully other people to prove their own worth.

Leaders with high self esteem are more likely to speak out against wrongdoing, because they aren’t scared of losing their job.

How I managed to build self esteem

Now to the million-dollar question. If it is so important, how do we build self esteem? How do we feel confident when we are in tricky situations that we haven’t dealt with before?

I didn’t always have high self esteem, but now I feel like I’m in a pretty good place. I remember when I was younger I was incredibly insecure in my own ability and how I compared to others. My brothers and sister all performed exceptionally well academically while I found myself average by comparison.

In 2003 I moved across the country, to a city where I knew hardly anybody. After 6 months or so, I began to feel extremely homesick, which led to feelings of anxiety. One day I experienced a panic attack which led to me to almost collapse on a crowded train. All of this led to me eventually deciding that I should move back home after several years.

That always disturbed me. It always worried me that I wasn’t able to live happily outside of my home town, because one of my dreams was to work and live around the world. I needed to get rid of those demons. A few years after returning to my home town, I decided to go and study in China, alone for a period of more than 6 months. I knew nobody at all, in a city of more than 10 million people.

This turned out to be one of the most amazing and defining experiences in my life. I didn’t get homesick and I met many great people. I saw many interesting things. But most of all, I learnt that I could do it all by myself. I proved that I was resilient, I could operate in an unfamiliar environment and handle it.

This gave me a tremendous amount of self-confidence, knowing that I was able to succeed and exist comfortably in my own skin. Without this experience, I honestly wouldn’t be who I am today. I still remember that experience as a defining part of my life, and I think about it often.

How you can build self esteem

There are a number of good ways to build self esteem so that you don’t become the workplace bully. Once you do, you’ll find some things that used to matter no longer seem so important.

1. Build self esteem by remembering a time when you succeeded

We’ve all succeeded at one time or another. Write down these moments to remind yourself about these times. When somebody emails you to say “well done”, keep those emails. On some days you may just need to refer to them when you’re feeling low.

Sometimes you need a little reminder that you’re worth it.

2. Build self esteem by finding peers you can speak to about issues you’re facing

It is valuable to have peers you can speak to who can give you advice. Often it is good to engage with peers who are outside of your own work because they won’t be personally involved in relationships or events in your workplace.

Most often, you will find that you are *not* an idiot, and the issues you are having are real. This gives you a feeling of confidence because you feel you aren’t just imagining things. If you spend too long stuck in your own head, you can start to believe that you just don’t have what it takes.

3. Build self esteem by understanding your role in the team

You’re a leader or manager, so your role is to lead. It isn’t to do all the work and take all the credit. Your primary role is often to be a facilitator. When a project went well, sometimes people will overlook the person who led the team because they didn’t do as much of the work as individual team members.

However, you should take confidence in knowing that a successful project was delivered, in part, because you created the right conditions within your team to make it happen.

4. Build self esteem by learning lessons when you fail

When things go wrong, make sure you take the time to pick out the lessons within the experience. There will definitely be some to find. You need to use failure as a means of improvement, rather than using it to beat yourself up.

We build self esteem by failing and learning, as well as succeeding.

5. Build self esteem by stepping out of your comfort zone

One of the very best ways to improve your self-esteem is to step out of your comfort zone. Let yourself have the chance to fail. Do something that’s hard, or uncomfortable. If you do fail, that’s OK because sometimes we don’t succeed at difficult tasks.

But if you succeed, well that’s a different matter. Succeeding in something that is difficult, or persevering through hardship is a great experience to have because you can refer to it later.

“Well, I did a similar thing before and I came through it. I can do it again.”

Self esteem in leadership makes a tremendous difference to how leaders operate and I’ve never met a great leader that had low self esteem. The greatest leaders know their limits, have a quiet confidence and have an ego that can withstand punishment.

The next time you come across a bully or micromanager, look closer. You might find they are floundering and full of bluster because that’s the only way they know.

You don’t need to follow in their footsteps. Because you’ve taken the time to build your self esteem.

Are You Feeling Self-Doubt and Questioning Your Leadership Capability? Try the Leadership Confidence Online Course.

I know what it feels like to lack confidence and doubt yourself in your leadership role. That’s exactly why I created the Leadership Confidence Online Course and Coaching Program to help leaders like you build their confidence and eliminate the self-doubt.