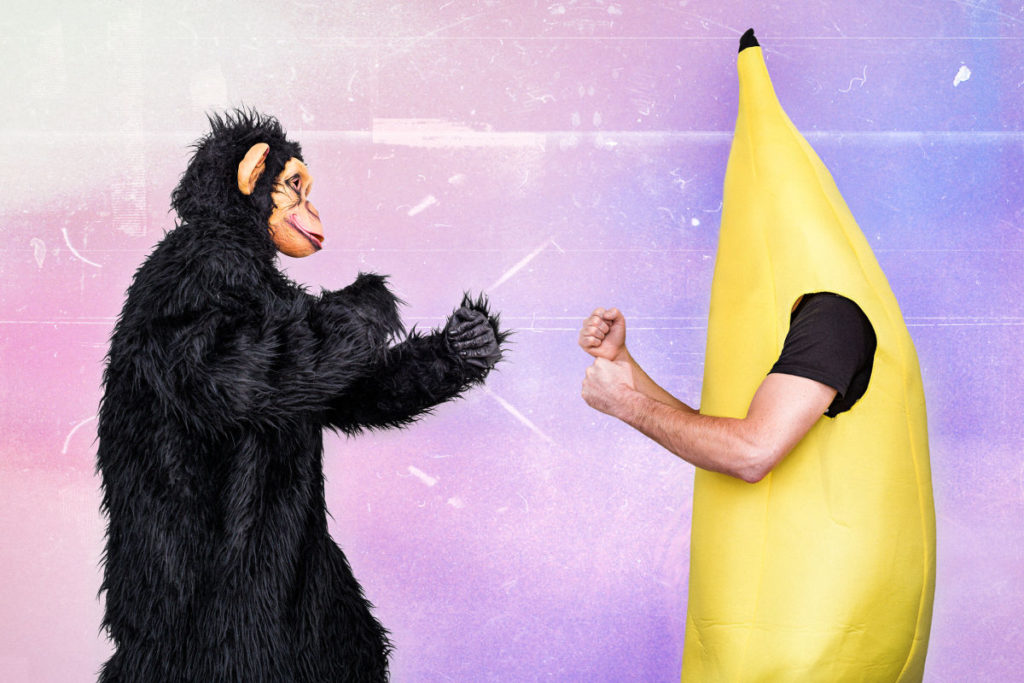 “Those guys don’t know what they’re doing. They always stuff it up. They’re idiots.”

That’s the sound of a bad team attitude in the workplace. Sound familiar?

Even if your team’s stakeholders never hear these comments directly, they can still be damaging.

The common factor in all of these statements is the blaming of an external party. When you’re sitting with your team day in and day out, it’s easy to build a team attitude in the workplace that encourages you to think that you’re all really smart and on top of things.

This is because when you’re working closely within a team, it is far easier to just get along than to hold each other accountable for attitude and performance. If your team mates are criticising somebody outside the team, is it comfortable to correct them? Or is it easier to agree?

Even for thoughtful leaders, it can be easier to agree and blame somebody else. That’s OK, it’s natural. It’s not OK to let it keep happening, but it’s normal to feel uncomfortable about confronting the issue.

Thinking someone else is an idiot is the easy way out. Often when someone is “stupid”, it’s because very little effort has been made to understand what they need, or there has been little effort to train the customers regarding your team’s product or service.

1. A bad attitude in the workplace forms a bias against your stakeholders

If your team is stuck in a pattern of blaming others for being incompetent, this will be reflected in their behaviour. Even subconsciously, your team will start to treat these stakeholders differently.

This all comes from your team’s attitude in the workplace. Once a bad team attitude becomes embedded, it’s hard to stop.

2. A bad attitude in the workplace distances your team from stakeholders

Once this adversarial mentality is embedded, everything is a confrontation and resentment builds. Your team attitude in the workplace shifts to one of annoyance and inconvenience. Your customers become resentful and start being pushy, because they didn’t get good service last time. This only makes your team more angry, reinforcing the internal belief that their attitude is justified.

3. A bad attitude in the workplace creates emotional labour

Internally, your team thinks your stakeholders are idiots. So when they need to work with them, what do you think happens? Often, your team does at least try to pretend to play nice.

Instead of having a genuine relationship, it is a front that the team needs to wear. Wanting to do or say something, but needing to act the opposite way creates emotional labour. This simply means needing to put a “game face” on, but your team wishes they could do the opposite and say what they really think.

Emotional labour causes stress, because your mind is constantly needing to keep itself in check. You can’t be yourself, you need to act nice, even if you don’t want to.

How to improve your team’s attitude in the workplace

You don’t need to live with a bad team attitude. It might take some work to turn it around, but you can, using a few simple ideas.

1. Improve your team’s attitude in the workplace by naming bad behaviours

Often when your team slips into an attitude of blaming others for their problems, it becomes a habit and tends to spiral out of control. Before long, your default team behaviour is to talk about how incompetent everybody else is.

One way to halt this is to start to name the blaming behaviour when it occurs. For example, when your team starts to speak harshly about another team or person, call their attention to it.

“It seems like you’re being pretty harsh on Alex. I don’t think it’s helpful. Could you please try being a bit more positive about it?”

OK. I know what you’re thinking. This is going to annoy people. Yes, you’re right. It probably will. You’re being the voice of reason and the “goody two shoes”. However, this is necessary to help people to understand that the behaviour is being noticed and is not wanted.

Unless you highlight the unwanted behaviour, your team will continue to act the way they always have and you’ll have yourself to blame.

Don’t be fooled though. This won’t solve the problem by itself. This may simply drive the behaviour underground. In other words, your team will just wait until you’re out of the room before acting as they normally would.

2. Improve your team’s attitude in the workplace by understanding the other point of view

Another way to decrease the distance between your team and external parties is to make an effort to understand their point of view. This often isn’t done because it takes effort.

Your team *could* go and meet with the other party and discuss their issues and frustrations, or they could simply sit behind their computer and moan. You need to snap them out of the moaning and get them engaging.

Sometimes, it’s good to go into a discussion simply with the intent of understanding the other point of view. Instead of coming to the table with your team’s great ideas, sit and listen to what your stakeholders are experiencing. You may just learn something.

Refer to the guide below. Although this is about preparing a turkey, it holds many great lessons about listening and understanding another point of view. 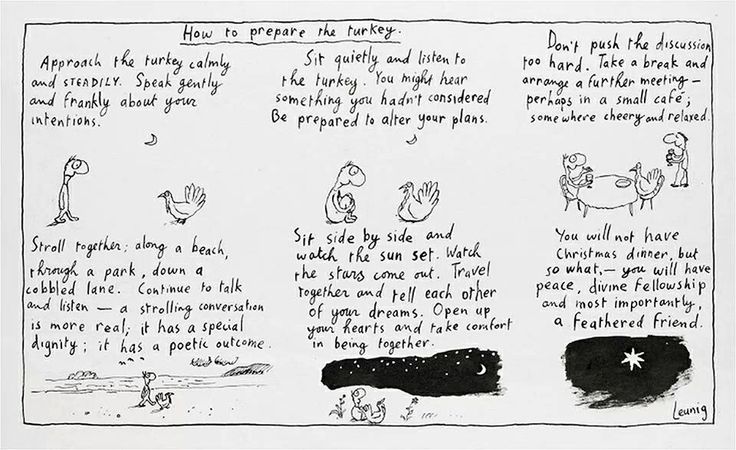 Source: Scan from “Short Notes from the Long History of Happiness”, by Michael Leunig.

3. Improve your team’s attitude in the workplace by training your key stakeholders

If your stakeholders are consistently being referred to as “stupid” or “not getting it”, it might be time to do some training. Usually it’s not as simple as people being idiots, more often it is a case of the team failing to communicate effectively in order to be understood.

Training can take several forms. It could be simple information sharing to improve the understanding of how your team operates. If your stakeholders understand the pressure your team is under, or about the complexity in your work, they’ll begin to understand why you aren’t running to help them as quickly as they expected.

Training can also involve teaching your stakeholders how to use your product or service effectively. This will improve understanding and reduce the amount of “annoying” queries that your team receives.

Over time, an improved understanding will develop between your team and their stakeholders and you will find your team attitude improving along with it.

If others don’t understand, it’s often because you aren’t communicating effectively.

4. Improve your team’s attitude in the workplace by shutting down the FIGJAM

Often, a bad team attitude is fuelled by one or more FIGJAMmers, who are more vocal, confident and pushy than other team members. Of course, FIGJAM stands for “F*** I’m Good, Just Ask Me”.

You know the type, braggadocious and free with their opinion. These people can often be the fuel of the bad team attitude fire.

If naming the bad behaviours doesn’t work, you should think about the role that these people play in your team. Are they actually a liability, that is hurting external team relationships?

Can they be repurposed to fulfil another role? One thing is for sure, you cannot tolerate team members who are a bad influence on other team members by spreading their bad attitude.

Perhaps performance management actions are required if these behaviours are hard to shut down. Failing to do so will result in inefficiency in your team as you struggle with constant conflict, rather than actually solving business problems.

Don’t let a bad team attitude in the workplace ruin your team relationships and productivity. Letting it spiral out of control will simply cause issues in the long term and distract your team from its true purpose – satisfying its stakeholders.

Name the bad behaviours, make effort to understand the other side, train your stakeholders and shut down the FIGJAM. Your customers will thank you for it.